Religion and Spirituality is an important element of every culture. Learn more about world religions and spiritual practices in both Eastern and Western cultures. 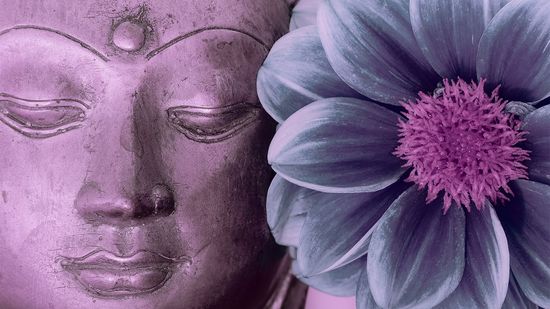 How Zen Koans Unlock the (Gateless) Gate of Enlightenment 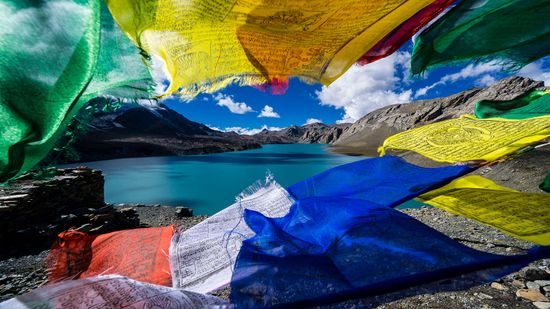 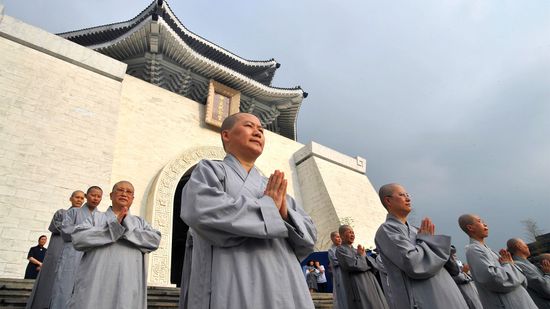 Despite Resistance, Nuns Are Becoming Equal Members of the Buddhist Community

Why Are the Biblical Gog and Magog Considered Sinister? 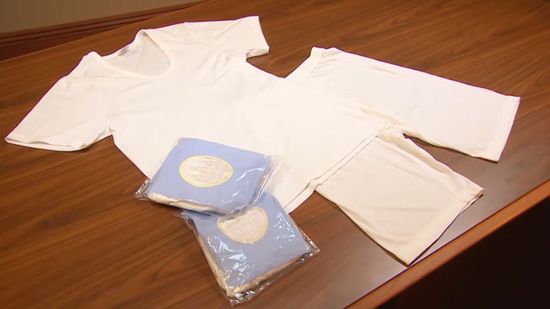 The Sacred History of 'Mormon Underwear' 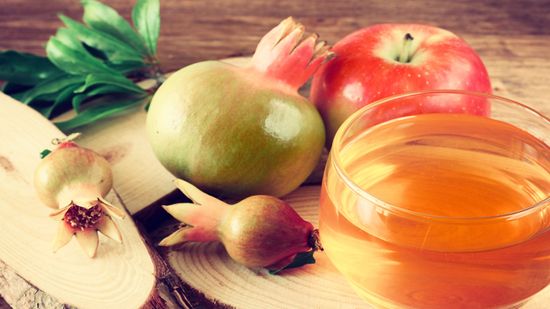 What Does 'Shana Tova' Mean?

Why Are the Biblical Gog and Magog Considered Sinister?

Throughout history, people have speculated as to who or what Gog and Magog were. Were they two people, one person and his land or two nations? And why were they associated with the Apocalypse?

The Sacred History of 'Mormon Underwear'

Most observant Mormons wear special underwear they call temple garments as a reminder of their faith. What are the rules around wearing it? And must they always wear it?

What Does 'Shana Tova' Mean?

During the Jewish holiday of Rosh Hashanah, it's common to hear people wish each other "Shana Tova!" What does this phrase mean?

Even Non-Wiccans Can Celebrate Mabon, the 'Pagan Thanksgiving'

Mabon is a fairly recent Pagan festival created to give thanks for the harvest. What does Mabon mean and how is it celebrated?

How Zen Koans Unlock the (Gateless) Gate of Enlightenment

A koan is a riddle or puzzle that Zen Buddhists use during meditation to help them unravel greater truths. We look at some examples to see how these enigmatic sayings work.

After the Attack on Salman Rushdie: What a Fatwa Is — and Isn't

The recent attack on author Salman Rushdie led many to conclude that it was the result of the fatwa issued against him in 1989 by the Ayatollah Ruhollah Khomeini. But what exactly is a fatwa?

What Is the Muslim Holy Day of Ashura?

Ashura is a very important holiday to both Shiite and Sunni Muslims but the two groups attach very different meanings to the day.

Rahab: The Biblical Prostitute in the 'Faith Hall of Fame'

She's the hero of one of the best-known Bible stories and also described as one of Jesus' ancestors, even though she was a Canaanite prostitute. Who was Rahab, really?

What Are the 8 Beatitudes, and What Do They Mean?

Some of the most paradoxical, profound words that Jesus spoke can be contained within these eight beatitudes. So what do they really mean?

What Language Did Jesus Speak?

Did Jesus speak Hebrew? Greek? Aramaic? Or some unknown tongue?

When you hear the word "Samaritan," you might think of a hospital or charity or the Bible story about the Good Samaritan. But "real" Samaritans still exist in Israel, though their numbers are small.

You've probably seen Tibetan prayer flags fluttering in the breeze, but what do they symbolize and who should hang them?

Who Was John Calvin, and What Is Calvinism?

John Calvin is best known for his doctrine of predestination, a controversial belief that continues to be popular in some churches. But what who was he, and what is predestination?

When Was Jesus Really Born? Not Dec. 25

The Bible doesn't say exactly when Jesus was born but a close reading of the text gives us clues to a more correct date than Dec. 25. And why was that date chosen away? It has nothing to do with pagan religions.

Despite Resistance, Nuns Are Becoming Equal Members of the Buddhist Community

Buddhist nuns and female scholars are gaining new leadership roles, in a tradition that began with the ordination of Buddha's foster mother.

Biden Brings a Menorah Lighting Back to the White House

President Biden's menorah lighting promises to prioritize ritual over reception, focusing on the lighting of the traditional Hanukkah candelabrum itself.

Who Is Papa Legba, the Vodou Link Between the Human and Spirit Worlds?

Papa Legba is a figure that stands as a mysterious link between the human and spirit worlds in the religion of Vodou, but who is he and what's his story?

Prayer Apps Are Everywhere, But You Can't Download Religious Community

Prayer apps are not new — they've been around since 2010. But how effective are they and can they replace the value of a religious community?

The biblical King Solomon is depicted as being very rich, very wise and very married to hundreds of women. But there is little evidence outside of the Bible that he existed. So what has been found so far?

How the Catholic Church Decides What's a 'Miracle'

The process requires a rigorous examination of the life and holiness of a candidate and involves several stages that can last years or even centuries.

Why Is Shabbat So Central to Jewish Tradition?

Shabbat is the holiday that is central to Jewish life, occurring every Friday at sunset to Saturday night. But what is it and how is it observed?

What Are the Jewish High Holy Days of Rosh Hashanah and Yom Kippur?

Deobandi Islam Is the Ideology Fueling the Taliban

The roots of the Taliban's religious beliefs – Deobandi Islam – can be traced to 19th century colonial India.

Sharia, which is Islamic law, can strike some people in the West as draconian and harsh. Is this an accurate portrayal?

A scholar of religion explains why the Islamic New Year never falls on the same date and depends on the sighting of the moon.