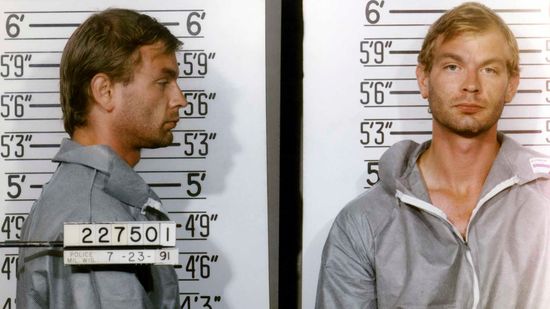 How the U.S. Secret Service Works

While most people think of the Secret Service's only job as protecting the president, its first mission was combating counterfeiting. How does it balance the two?

To hunt serial killers you have to understand them, and that's not always an easy task for investigators.

If the risk of being hit by a moving vehicle isn't enough to get your eyes off your phone, the threat of a fine may do the trick.

The controversial case in the tiny Tennessee town of Dayton drew national media attention — and live apes. But all that spectacle wasn't for naught.

Canadian student Elisa Lam went missing in 2013 and the mystery surrounding her death captured national attention. So what really happened to this 21-year-old?

Loving v. Virginia: The Landmark Case That Legalized Interracial Marriage in the U.S.

Richard and Mildred Loving's interracial marriage was against the law. But it led to the Supreme Court's historic decision in 1967 to ban anti-miscegenation laws across the country.

Attorney General Jeff Sessions wants to reinstate mandatory minimum prison sentences. But do they really deter future criminals, or do they proportionately affect certain groups instead?

Research shows that nicotine residue lingering in furniture and carpets may be hazardous to kids. Could that mean legal action for unsuspecting homeowners and tenants?

The TSA can open your checked bags at an airport. But how deep can they dig into electronic devices they find inside?

The divisive serial comma finally got its day in court—it was glorious.

Who's in Charge of Investigating Deaths in Antarctica?

Antarctica belongs to no one nation. So what happens in the event of a crime?

While the press often gets a beating from the public and politicians, journalists have brought to national attention lots of issues that would otherwise remain hidden.

The U.S. has thousands of prisoners in solitary confinement. But experts are now saying it does more harm than good.

Is It Ever Legal to Punch Someone in the Face?

If someone is insulting you or your family and you clock 'em, can you get away with it, legally?

Companies are actually hoping you won't read these 8,000-word documents before you click "agree." But why?

According to new research, shootings pass from person to person like a contagious disease.

Good Samaritan laws are intended to protect you from a lawsuit if you help strangers during an emergency. But they may not protect you in every situation.

A Fire Hose May Stop a Riot. A Water Cannon Will

Should you ever find yourself in the middle of a protest, you're going to want to avoid being targeted by one of these 'less-lethal' weapons.

Some serial killers have murdered more than 100 people. Who are these people, and why did they do it?

Inmates have been using cigarettes as currency for more than a century in U.S. prisons. So what's behind the switch to ramen cups at one prison?

The Supreme Court has ruled in a big Fourth Amendment case that under certain circumstances, evidence found during an illegal stop could be used in legal proceedings.

With more drug companies refusing to allow their drugs to be used in executions, states have turned to riskier pharmaceuticals.

Bigoted requests aren't as rare as you might think in hospitals. It's also not rare for hospitals to accommodate such requests. Why?

Merrick Garland Is a Legal Mystery

After nearly two decades as a judge, the Supreme Court nominee's record offers few clues as to where he stands on many social issues.

It's not quite what you'd expect, is it?