Loving v. Virginia: The Landmark Case That Legalized Interracial Marriage in the US

There aren't a lot of couples who can claim their relationship changed the course of history. Sure, there are the big alliances: Antony and Cleopatra's love story is one for the books, and Henry VIII and Anne Boleyn's relationship certainly made a splash. But the marriage of unassuming Virginia residents Richard and Mildred Loving in 1958 is historic, due to one small factor — he was white, and she was black.

In an episode of Stuff You Missed in History Class, hosts Tracy V. Wilson and Holly Frey give us a two-part lesson on Loving v. Virginia, one of the most well-known U.S. Supreme Court cases. The case struck down anti-miscegenation laws around the country, making it legal for white people to marry outside their race. That was no small feat, considering that when the Lovings were married in 1958, 24 states had laws on the books banning interracial marriage.

Richard and Mildred Loving's relationship wasn't destined to be in the spotlight. The couple grew up in Central Point, Virginia, and married when Mildred was 18 and Richard was 24. But Mildred was of Native American and African-American descent, and her mixed-race ancestry was the only thing that mattered when she and Richard had to leave Virginia to legally marry.

Virginia's racial integrity laws mandated that no person with "one drop" of nonwhite blood (barring a small amount of American Indian blood) could marry a white person, and that no interracial couple could travel to a different state to marry and return to Virginia to live as husband and wife.

But that's exactly what the Lovings did in 1958, when they left Virginia for Washington, D.C. to marry and returned home to settle. About a month later, the sheriff's department entered their bedroom at 2 a.m. and arrested them for breaking the law.

The couple pleaded guilty in trial. Their sentence to one year in jail was overturned so long as they agreed to leave Virginia and not to return together for 25 years. That inflexible arrangement prompted Mildred to seek legal help, and the American Civil Liberties Union eventually used the Lovings' case to challenge Virginia to change its laws on interracial marriage.

Listen to part one of the podcast below to find out how these discriminatory laws were created and evolved, and head to part two to learn the legal ins and outs of the sweeping ruling that lead to the 1967 overturn of every anti-miscegenation law in the country. 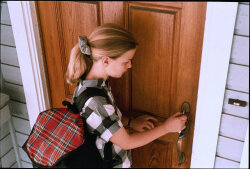