A federal lawsuit filed in September against the state of Colorado seeks to have the Colorado River ecosystem recognized as "possessing rights similar to a 'person,'" including "certain rights to exist, flourish, regenerate and naturally evolve."

The litigation, filed by Denver attorney Jason Flores-Williams, actually names the river ecosystem as the plaintiff in the suit. Environmental groups Deep Green Resistance (DGR) and the Southwest Coalition and several individual activists also are participating as the role of "next friends" acting on behalf of the river to bring the lawsuit. DGR activist Will Falk explained in a San Diego Free Press article that the lawsuit is an effort to counter a system that "currently defines nature as property."

Flores-Williams has significant experience representing homeless people in class-action litigation against the city of Denver and city officials. He says that that previous work inspired the river lawsuit. "The only thing more homeless than homeless people is nature," he says.

The Colorado River pictured five miles from its source in the Rocky Mountains.
raclro/Getty Images

Flores-Williams says that after researching legal efforts to protect the environment, he came to the conclusion that even those "heroic" lawsuits hadn't prevented environmental conditions from worsening. One reason, he says, is that "many environmental cases are dismissed for a lack of standing, because you can't show what somebody, or a corporation or a state, is doing is of immediate harm to a human being."

"It's a real problem, a procedural defect," says Flores-Williams.

If the river lawsuit is successful, Flores-Williams says that it would enable groups to act on behalf of the river, and make their case by showing that a defendant is damaging the waterway, without the need to prove that humans are being hurt.

The idea of nature having legal rights isn't a new idea. Back in 1972, Supreme Court Justice William O. Douglas, in his dissenting opinion in the case of Sierra Club v. Morton, argued that environmental issues might be put in better focus if lawsuits could be filed "in the name of the inanimate object about to be despoiled, defaced, or invaded by roads and bulldozers, and where injury is the subject of public outrage. Contemporary public concern for protecting nature's ecological equilibrium should lead to the conferral of standing upon environmental objects to sue for their own preservation."

Douglas cited legal scholar Christopher D. Stone, whose book "Should Trees Have Standing?" made the case that natural objects could have legal rights, which would be exercised with the assistance of appointed guardians.

Since then, an international movement has sprouted to confer legal rights on nature, and recently, several countries have afforded such status to rivers. In March 2017, for example, after long negotiations with indigenous people, the New Zealand Parliament passed legislation that declared the Whangagui (Te Awa Tupua) River to be "a legal person" with all of the rights, powers, duties and liabilities that any other New Zealand resident might have.

Shortly after the New Zealand decision, a court in the northern Indian state of Uttarakhand ruled that the Ganges River and its main tributary, the Yamuna River, also deserved the same legal status as human beings.

Even so, the Colorado River lawsuit may face a difficult legal road. Reed Benson, chairman of the environmental law program at the University of New Mexico, told the New York Times that he considered it "a long shot in more ways than one."

But Flores-Williams doesn't seem deterred by the challenge, or by worries that some might take a dim view of a river being granted rights similar to those of a human being, or of a corporation.

"I wish people would get hung up on the idea that our environment is being diminished," he says. "The river should have a right to exist." Additionally, he says, "anyone knows that if the Colorado River is extinguished, it would cause an injury to us all."

The office of Colorado Gov. John Hickenlooper declined to comment on the suit itself, but, via email, spokesperson Jacque Montgomery defended the state's efforts to protect the river.

"Colorado and countless partners have long understood the significance of the Colorado River system and the need to balance our needs for water with conservation and enhancement of the river ecosystem," she wrote. "This extends from efforts to protect — and improve habitat for — endangered fish in the river over the course of decades to the recent development of Colorado's Water Plan. That plan's very essence is about working together to ensure sufficient water supplies for agriculture, cities, recreation and the environment as our state continues to grow. The Colorado River, and its protection, has been a fundamental focus of Colorado as a state, but also of local governments and water utilities who themselves depend upon the river's health and function as necessary for their own success."

Flores-Williams says that activists in other states have expressed interest in filing similar suits.

Now That's Interesting
The Constitution of Ecuador contains an entire chapter laying out the legal rights of nature, including "the right to integral respect for its existence" and "the right to be restored."

Do Our Driving Skills Diminish When Technology Takes Over? 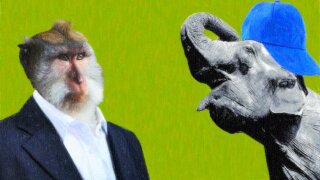 Should Other Animals Have the Same Rights (and Responsibilities) As Humans? 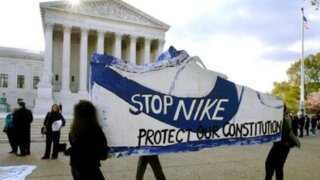 Why do corporations have the same rights as you? 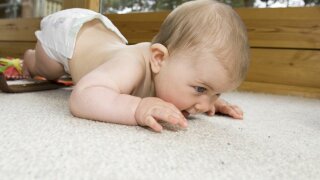