by Dave Roos May 3, 2017
If a baby is at risk for nicotine toxins left in carpets, does that mean her parents could sue their landlord for not telling them a smoker used to live in their apartment? Rune Johansen/Getty Images

Call it the smoker's smell. It's that whiff of ashtray that's permanently marinated into a smoker's couch cushions, car upholstery, clothing and hair. As if smokers didn't have enough reasons to quit (or get enough grief for not quitting), the smell itself may be hazardous to their health as well as their loved ones.

The term "third-hand smoke" was coined in 2009 by a Boston pediatrician to describe the toxic tobacco residue that remains on surfaces and embedded in household fibers (like carpets, sofas, even clothes) long after the cigarette or cigar smoke has cleared. A small, but growing body of research has linked this nicotine residue to carcinogenic compounds, particularly harmful to crawling babies and young kids, who spend a lot of time at home. One study even showed that "nicotine dust" persisted in a home at least six months after the smoker quit.

Third-hand smoke is being positioned as the next big cancer threat after second-hand smoke. When the dangers of secondhand smoke were first made public in the mid-1980s, the revelations gave rise to a host of new state and local laws about smoking in public places — like restaurants and workplaces — and sparked a whole new kind of lawsuit.

In 1993, a prisoner in Nevada sued the state for violating his Eighth Amendment protection against "cruel and unusual punishments" due to excessive exposure to secondhand smoke from his fellow inmates. The Supreme Court agreed.

In a class action suit from 1997, hundreds of non-smoking flight attendants sued the tobacco industry for decades of inflight exposure to secondhand smoke. Their $300 million settlement was used to found a non-profit medical institute to research the health effects of secondhand smoke,

The question is whether third-hand smoke will extend the legal liability of tobacco even further. Could a tenant with young children sue a landlord for not disclosing that a previous occupant was a smoker, claiming damages from third-hand smoke? Will we see smoke-free workplaces like schools and hospitals extending their policies to the clothing and hair of teachers and nurses?

"I can see it, but maybe we're not there yet," says Chris Banthin, senior staff attorney with the Public Health Advocacy Institute at Northeastern University, a group that uses the courts, among other methods, to push for more smoke-free environments.

"There's so much science around the danger of secondhand smoke," Banthin says. "When these cases are brought, whether it's housing or workplace, that's sort of the initial natural focus. Third-hand smoke could be added on, but it's always going to be the little brother of the secondhand smoke lawsuit."

There are, however, a few situations — like the landlord-tenant example above — where third-hand smoke might be able to stand on its own legal footing, once the science connecting third-hand smoke and disease is stronger.

Banthin's colleague Mark Gottlieb, director of the Public Health Advocacy Institute, can imagine a day when landlords and homeowners are required to disclose the presence of nicotine and other third-hand tobacco residues in homes, just like existing state laws about disclosing lead paint and formaldehyde.

"But it's unclear whether third-hand smoke will ever reach anywhere close to the types of health harms caused by those other substances that require disclosure," says Gottlieb.

Even if third-hand smoke doesn't prove as harmful as secondhand smoke or lead exposure, Gottlieb says that it could still form the basis of a fraud case.

"If a landlord is deliberately deceiving a tenant, saying that smokers never lived in the unit, and denies the presence of third-hand smoke, that would be a situation that might be actionable," Gottlieb says. "That would be consumer fraud under Massachusetts law."

The science of third-hand smoke is still young, and lawyers like Gottlieb, who have closely tracked the history of tobacco litigation, say that it will require a landmark report — like C. Everett Koop's 1986 surgeon general's report or the U.S. Environmental Protection Agency's 1990 report linking secondhand smoke to lung cancer — to raise public awareness about its true dangers.

Already, the Thirdhand Smoke Research Consortium notes on its website that its research helped to pass a 2014 bill in California prohibiting the smoking of tobacco at all times in private residences licensed as family child care homes, rather than just when children are present. It remains to be seen whether more laws relating to this subject get enacted.

As of now, neither Banthin or Gottlieb know of any lawsuits involving third-hand smoke. We emailed James Repace, author of the landmark EPA study and a top expert witness in secondhand smoke cases. He says that he's also never been called in to testify on a case where third-hand smoke is at issue.

Now That's Cool
Researchers are hard at work trying to collect firm data on the health risks of third-hand smoke. Check out the Third-hand Smoke Research Consortium for ongoing studies and discoveries.

Trump Considers Removing National Monument Status ... But Can He? 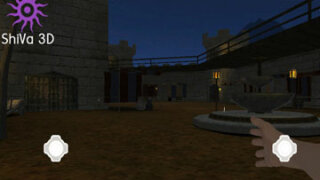 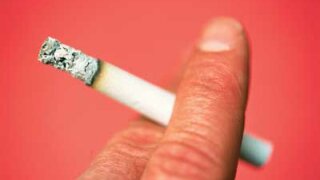 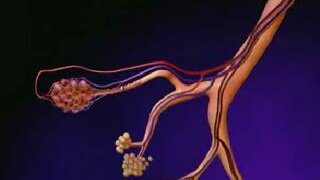 What is the life expectancy for someone with emphysema?