In fictional crime shows like "Law & Order" or "CSI," "clean arrests" are crucial. If a stop or detainment isn't handled by the book, a perp can get off scot-free on a technicality. In these programs, this is one of the worst conceivable outcomes for a case. The protagonists agonize over countless hours of otherwise good police work, only to see it washed down the figurative drain of justice due to a single mistake. And, for the casual viewer, this further emphasizes one of the enormously difficult things about the rule of law: In theory, the cops are bound by a code. The criminals are not.

So, for example, if a police officer illegally stops someone and finds drugs, stolen property, or other evidence of crime during that stop, the Fourth Amendment renders this evidence automatically tainted — inadmissible in court as it was found in the course of an unlawful action on the officer's part. TV shows often get a massive number of real-world details wrong, but it seems this circumstance is roughly on the money. If the cops don't follow the rules, the prosecutor doesn't have a case.

This almost happened in 2006, when Salt Lake City Narcotics Detective Douglas Fackrell was staking out a suspected drug den he'd learned about via an anonymous tip. For around a week Fackrell watched people come and go, usually only staying for a short time. Presumably, these short stops meant people were entering the house, buying drugs and leaving. When Fackrell saw a man named Edward Strieff leaving the house (Fackrell hadn't seen him enter), the detective pursued the man and illegally stopped him at a nearby parking lot. After calling in Strieff's information — a routine procedure — Fackrell learned Strieff had an outstanding warrant for a traffic violation. Based on this warrant, Fackrell searched Strieff and found meth, charging him with possession of the drug, too.

It's true, however, that because the evidence was obtained illegally, it's inadmissible. At least, that was true, until June 20.

In a 5-3 decision, the Supreme Court ruled that under certain circumstances, evidence found during an illegal stop could be used in legal proceedings. Specifically, if officers make an illegal stop and conduct a search after learning the suspect has an outstanding arrest warrant, and if the evidence they find is not directly related to the initial stop, the suspect can be charged with a crime related to the illegally discovered evidence.

Sounds a bit jargony, right? That's legalese for you. But it's also crucial to understand the implications of this ruling, which Justice Sonya Sotomayor outlines in a scathing dissent. Justice Sotomayor argues that this ruling erodes the Fourth Amendment rights of the average American — if police and prosecutors can still benefit from an illegal stop, and there's no consequence for doing so, then there's also no reason not to make them. She continues, pointing out that the majority of those illegally stopped are people of color, and that there are around 7.8 million outstanding arrests warrants in the U.S., most of which are for minor offenses. An unpaid parking ticket could forgive an officer's violation of your Fourth Amendment rights, and for the dissenting justices, this raises troubling implications.

Time will tell how this ruling affects the day-to-day life of citizens, residents and police alike. For supporters, it's a step toward evening the odds in the continual war on crime. For critics, it's a massive dilution of individual rights, a step backward in the hard-fought evolution of the American legal system. You can learn more about the ruling and the dissent here or by watching the video above. 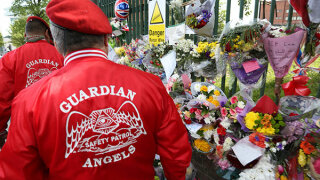 Stuff You Should Know Podcast: How Citizen Arrests Work

Stuff They Don't Want You to Know Video: Are the Police Targeting Minorities? 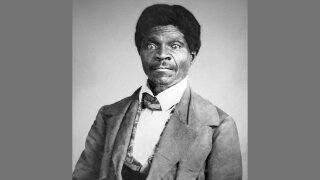