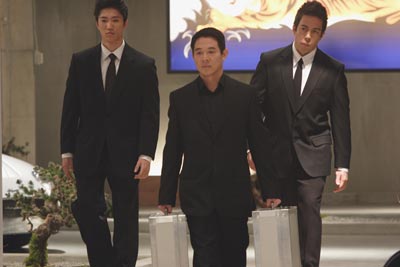 Yakuza are criminal gangs. They participate in many of the same money-making activities as all criminal gangs. Illegal gambling and prostitution are Yakuza hallmarks, while the smuggling of banned goods such as drugs, firearms and pornography is also profitable. The age-old protection racket, in which Yakuza threaten business owners and other citizens with violence unless they pay a tribute, is a common Yakuza tactic as well.

Japanese gangsters also operate legal businesses using the profits from the illegal ones. Real estate, construction and entertainment are all industries in which Yakuza have become involved [sources: Japan Times and Asahi]. Japan's professional wrestling leagues and venues are particularly known for Yakuza involvement.

Higher-level Yakuza often play the Japanese stock market, sometimes legally. They may also find or invent incriminating information about a company and use this information to blackmail its board of directors. After buying shares of the company's stock, a clan sends some of its members to board meetings, where they threaten company officials with the release of the evidence. Yakuza can exert a great deal of control over businesses this way or simply demand payoffs [source: Crime Library].

Many Yakuza extortion and blackmail schemes are carefully designed to maintain the Japanese tradition of politeness. Yakuza may ask corporations to attend golf tournaments, give to fake charities or purchase certain items, all at ridiculously inflated prices. The corporations' leaders know that there is an implied threat with such requests, so they often go along even though the Yakuza never make a direct threat or demand [source: Crime Library].

Yakuza on the Big and Little Screens

Yakuza are a popular film subject -- in Japan, these films are even more popular than gangster movies are in the United States. In most Yakuza movies, the Yakuza are honorable (if violent) warriors who cling to tradition and fight to preserve what they believe in. These mythologized Yakuza are direct descendants of the cinematic samurai warriors of Japan's past [Jingai].

In 2006, Sega released a video game called Yakuza. The game allows the player to take on the role of a young Yakuza gangster, participating in street fights and shootouts.