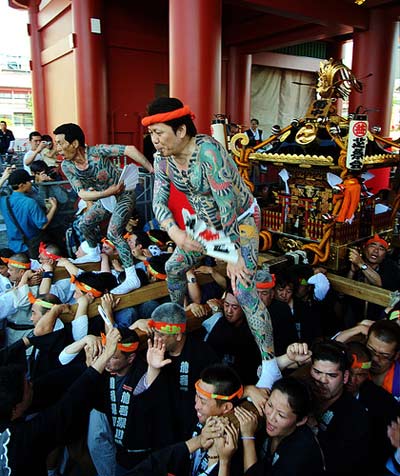 The Yakuza is the name given to organized criminal gangs from Japan. The Yakuza is not a single organization but rather a collection of separate gangs or clans akin to the American Mafia. These violent criminals have left their fingerprints on many aspects of Japanese life, from lowly gambling and prostitution rackets to the halls of high-level political and financial power.

The various gangs that make up the Yakuza have different origins, and the gangs' versions of these origins can be quite different from the historical record. In their own vision of themselves, Yakuza descend from honorable, Robin-Hood-like characters who defended their villages from roving bandits. Some even claim to trace the Yakuza's lineage to Ronin, samurai warriors who found themselves without masters following a period of political upheaval in 17th-century Japan [source: Crime Library]. You can read more about Ronin and samurai in How Samurai Work.

Others claim that Yakuza instead originated with the kabuki-mono, "the crazy ones." These were wildly-dressed hoodlums who carried very long swords, intimidated entire villages and sometimes executed civilians for no particular reason [source: Kaplan]. The truth is likely a blend of the two stories. Left without a military hierarchy to give their lives focus, many samurai turned to crime. Others moved into merchant trades or shadier businesses such as gambling houses and brothels [source: Seymour]. These criminals, master-less warriors and newcomers to the Japanese market system had one thing in common: they were all outsiders.

The name "Yakuza" reflects this outsider status. It comes from a Japanese card game called Oicho-Kabu. This game is similar to baccarat in that the point value of a hand is based on the final digit of the hand's score. A hand of eight, nine and three equals 20, which is worth zero points - the worst possible hand in the game. The Japanese words for eight, nine and three (ya, ku and za) became the word "Yakuza," meaning worthless or pointless. Check out this page on oicho-kabu to learn more about the game.­ ­­

The word "Yakuza" originally referred to a person who was a gang member, but today it also refers to Japanese organized crime as a whole. Boryokudan, another word for Yakuza, is considered an insult. It refers to degenerate, violent gangsters with no sense of tradition or honor. This i­s how the Japanese police refer to the Yakuza.­

The Yakuza's most direct ancestors are groups of quasi-legal businessmen from the 18th century who gambled or peddled goods on the streets of large cities. Known as bakuto and tekiya, respectively, these gamblers and peddlers still lend their names to some Yakuza clans today [source: Kaplan]. These groups gradually organized themselves into gangs known as families or clans, which had formal hierarchies and rules.

In the late 19th century, the Yakuza became associated with nationalist, militaristic ideologies and politics. Gangs cultivated alliances with politicians, and politicians used them to assassinate opponents, strong-arm trade groups or even fight in nearby nations like China [source: Kaplan]. The disorder of post-World-War-II Japan may also have given the Yakuza an even stronger foothold in Japanese economics and politics. 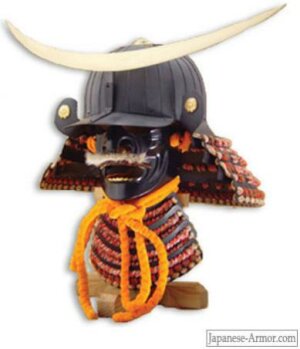 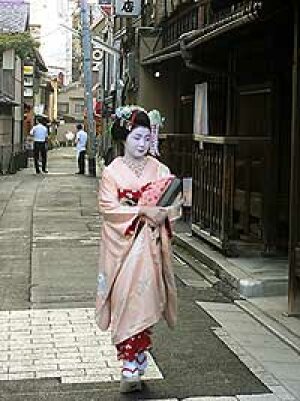