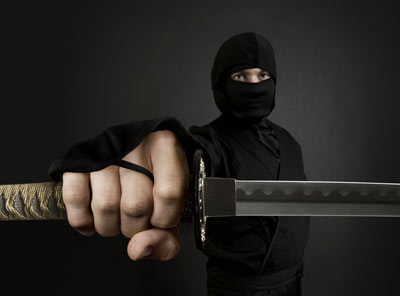 Prince Yamato of Japan is often considered the first ninja, although he didn't adopt the stealthy tactics.
PNC/Getty Images

Secretive and silent, the ninja stalks through Japanese history like a shadow, striking fear into the hearts of peasants and emperors alike. Today, the ninja has become a legendary, cult-like figure, showing up in computer games and children's cartoons, as well as an entire genre of martial-arts action films.

­But who were the real ninja? Where did they come from, and what purpose did they serve? In this article, we'll peer into the murky shadows of ninja history, separate fact from fiction, and examine the weapons and skills that made ninja some of the most fearsome assassins in the world.­­