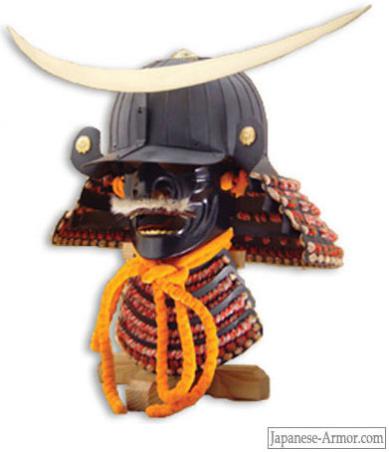 This full-sized battle helmet is an actual reproduction of the one worn by the famous daimyo Date Masamune (1566-1636).
Photo courtesy Japanese-Armor.com

The samurai are the legendary armored swordsmen of Japan, known to many westerners only as a warri­or class, depicted in countless martial arts movies. While being a warrior was central to a samurai's life, they were also poets, politicians, fathers and farmers. Samurai played a pivotal role in the last 1,500 years of Japanese history. In fact, the history of that period in Japan essentially is the history of the samurai.

In this article, we'll examine the strict warrior code of the samurai, the honor system that shaped their lives, the weapons and armor they used, and the history of the samurai, from their murky origins in the 5th century, to the abolition of the samurai class in 1876.