Why do some cultures believe the number 4 is unlucky? 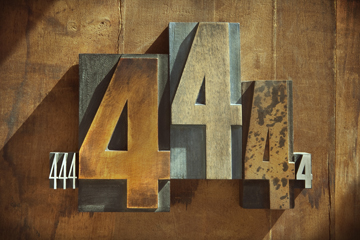 In China, the number 4 sounds very similar to the word for death.
Daryl Benson/Getty Images

You don't do it often, but today was payday and you're feeling lucky. It's time to buy a lottery ticket. As you stand at the counter and consider which numbers to choose, you weigh the options. You'll definitely add a 7 to the lottery ticket. Maybe an 11, too. But a 13? No way -- everyone knows that number is unlucky. Well, everyone in the United States, anyway. If you lived in Asia, odds are you'd steer clear of the number 4 instead.

In many East Asian cultures, including China, Korea, Japan and Taiwan, the number 4 is considered unlucky. If you step onto an elevator, you probably won't see a button indicating the fourth floor because most apartment buildings and hospitals skip the number altogether. In Beijing, it's not even possible to get a vehicle license plate that has the number 4 on it. And in Singapore, a luxury carmaker had to change the name of the Alfa Romeo model 144 because citizens were scared to buy it. It's the same reason Nokia phone models don't start with the number 4.

In Chinese culture, the reason behind the superstition surrounding the number 4 lies in the way it sounds. The word for the number 4 sounds much like the word for death. The same is true for many other Asian cultures, which share a number of linguistic similarities. In Japan and Korea, for instance, the word for the 4 and the word for death are exactly the same. Furthermore, in Japan, 49 is an unlucky number because it sounds like the words that mean "pain until death" [sources: Times of India, Today I Found Out].

The fear of the number 4 is known as tetraphobia and is considered more serious in Asian cultures than Westerners' propensity to think the number 13 is unlucky. In fact, it affects the way business is done in these countries. Corporate phone numbers, product serial numbers and office addresses should be cleansed of the number 4 if a business hopes to succeed. It's a fact of life that can be problematic for Western companies entering the Asian market, like Four Seasons hotels or Foursquare, both of which may need a different brand name to make a good impression [source: Paris].