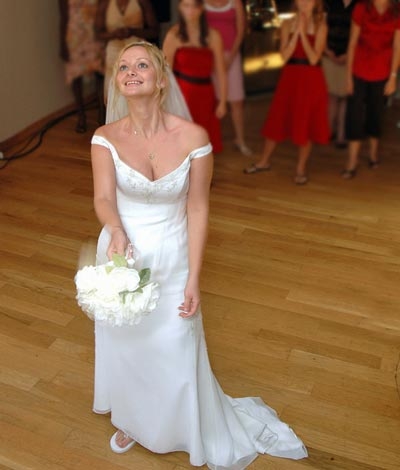 Because 7/7/07 falls on a Saturday, it will be the biggest wedding day in history.
© Photographer: Kathy Wynn | Agency: Dreamstime.com

Is 7/7/07 a lucky day? Seven is often associated with good luck and for some people it has mystical or religious associations. It's a prime number, though so are 3, 11 and 13,267. Seven appears frequently in the Bible, and there are seven days in a week, seven wonders of the world, seven seas, seven sins and seven virtues, seven years bad luck, seven dwarves, the Boeing 777 and winning numbers in craps, slot machines and blackjack (where three times seven is a blackjack). American Indians have seven directions, Christianity has seven sacraments and Hinduism believes in seven chakras. Then there's the world's most popular boy wizard: the seventh Harry Potter book comes out on the 21st day (that's three sevens) of July, 2007.

To some, 7/7/07 is simply another day or, perhaps, a magnet for superstition, astrologers and marketing companies. But to many people, the number seven holds special, even spiritual or supernatural significance. According to our article on numerology, seven is often associated with magic, wisdom, intelligence, mystery and solitude. The day has caused many people to pore over their lives, looking for the number seven -- in their age, anniversary, the day they met their spouse -- and a variety of events have been planned accordingly.

In California, yoga instructors will be meditating at 7 p.m. while Christians in Tennessee will fill the Tennessee Titans' football stadium for mass prayer. Many shops will be holding special sales, casinos are expected to do great business and if the lottery comes up all sevens, the winners are going to be splitting the money many ways.

But the big winner on July 7 will be the wedding industry. Because the date falls on a Saturday, 7/7/07 will likely be the biggest single wedding day in history. On the popular wedding site theknot.com, more than 38,000 couples are listed as marrying on July 7. That's more than three times the average for a Saturday in July. Las Vegas wedding chapels have been offering special, seven-themed packages, including, for the budget-minded, a seven-couple ceremony, costing $77 dollars per couple, complete with seven roses and seven photographs.

Many other hotels and wedding chapels are offering promotions, some of them quite lavish and, of course, costing an amount with a preponderance of sevens. Between price, room numbers, bridesmaids, groomsmen, dinner courses, flowers, number of guests and starting times, sevens will be everywhere. While many wedding chapels, event planners and hotels are charging rates replete with sevens, due to the increased demand, prices are up across the board.

Some companies that seem to have no business in weddings have gotten involved. Six Flags, the theme park company, is allowing seven couples to get married on the rides of their choice as part of their "Thrilled Ever After" promotion. Wal-Mart is paying for seven couples to get married in the garden and lawn area of seven Wal-Mart stores. There are also the obligatory celebrity weddings -- actress Eva Longoria and basketball player Tony Parker will marry in Parker's native France; Chef Wolfgang Puck will marry his fiancée, Gelila Assefa, though Puck claims the date was chosen because others presented scheduling conflicts.

So is all the fuss worth it, or are companies simply gleeful that the numerically pleasing day presents so much opportunity? After all, it was probably difficult to market­ wedding packages for 6/6/06. On the next page, we'll look at why some people say 7/7/07 is either a bad day or simply another one like the rest. We'll also talk about why 8/8/08 may be even bigger than 7/7/07. 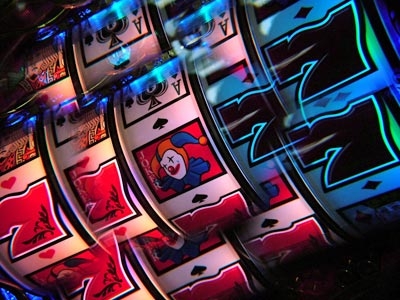 Las Vegas and casinos around the world are expected to be flooded with gamblers on July 7, 2007.
© Photographer: Peggy Laflesh | Agency: Dreamstime.com

Some astrologers have said that July 7 is not a particularly lucky day because, on that day, the planet Mercury will appear to be moving backwards, which it does three times a year. They say it's a better day for looking backward and reuniting with old friends. Others have said that because the moon will be in the Aries portion of the sky, the day is unlucky (but -- and we did check -- there's no full moon on 7/7/07). And still other astrologers say that those things matter little -- rather, it's the couples' personalities and the choices they make that matter most.

For some, July 7 will be a day of mourning: it's the second anniversary of the terrorist bombings in London.

Some might say that this is all clever marketing, while others contend that the luck is real or that it's simply fun to get into the spirit. Critics of numerology say that 7/7/07 excitement amounts simply to an example of confirmation bias. People will look for patterns wherever they may be found while disregarding contradictory evidence. With a little bit of work, almost anyone's name, birthday, license plate or other personal information can be manipulated to form a desired number or series of numbers. Even so, it's certainly in the best interests of many businesses to take advantage of this phenomenon. And if 7/7/07 seems like it's going to be a huge day, 8/8/08 could be just as big for billions of people.

In Chinese culture, seven is unlucky because of its association with death. But the number eight sounds similar to the Chinese word for "prosperity" and three sounds like "life." Consequently, 8/8/08 signifies lifelong prosperity.

A consultant who advises companies on marketing to Asian consumers told NPR's Marketplace program that every month in 2008, except April, contains a sequence of lucky numbers. Similar to 7/7/07, companies are preparing to market weddings, sales and travel packages to Asian consumers. Even mortgage lenders are offering mortgages with $1,888 in lender fees. With weddings occupying an important place in most Asian cultures, as well as a significant expense, there is a lot of money to be made.

Many Chinese mothers-to-be are expected to try to have children born on 8/8/08, while some women in America will reportedly try to induce labor on 7/7/07. The opening ceremony of the Beijing Olympics will begin at 8:08 pm on 8/8/08, which, in case you were wondering, is a Friday.

For more information about 7/7/07 and luck, both good and bad, check out the links on the next page.