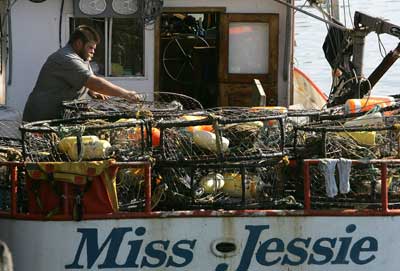 Would the Miss Jessie permit bananas and suitcases on its deck?
Justin Sullivan/Getty Images

Stevie Wonder once sang that superstition is "when you believe in things that you don't understand." And, maybe he's right. Step on a crack, break your mother's back. Break a mirror, get seven years of bad luck. We've all heard the rhymes, but how many of us really know what they mean, or, more importantly, where they came from?

In the year 2000, one in four Americans admitted to being "very" or "somewhat" superstitious [source: Gallup]. Superstitions rise to our minds when we want more control or certainty about something. We want an explanation for why things go wrong -- or right -- and, for whatever reason, we're quick to attribute success or failure to something seemingly innocuous, like a rabbit's foot or a penny. Psychologists believe that when we carry items like these, they ac­tually have a placebo effect, fueling positive thinking. Conversely, if we lose that lucky object, we think negative thoughts [source: Albert].

­You probably won't find a more superstitious group of people than sailors and fishermen. Their present superstitious beliefs date back several centuries and include these prominent examples: It's bad luck to sail on a Friday. If you whistle or sing into the wind on a boat, a storm is sure to follow. Sailors who wear earrings or have tattoos won't drown. It's bad luck to have women onboard because they make the sea angry or jealous. Rats leaving a ship are a sign of trouble. (Actually, that's no superstition. You probably should pay those fleeing rats some heed, as you'll learn in How to Survive a Sinking Ship.)

Crab boat fishermen are a particularly superstitious lot. Perhaps it's because their jobs are so inherently dangerous -- commercial crab fishing is one of the deadliest industries in the world. Or maybe it's because the industry has been around for so long, and fishermen have spread superstition neurosis to the next generation for many, many years.

One thing we do know for sure: Try to bring a banana or a suitcase on a crab fishing boat, and you might find yourself waving goodbye at the dock. We'll tell you why on the next page.