Why is it bad luck to break a mirror? 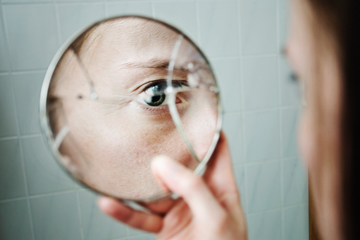 According to superstition, breaking a mirror also breaks the soul into pieces.
Lauri Rotko/Getty Images

After months of searching, you found the perfect apartment and it's finally time to move. But just as you're about to pat yourself on the back, something terrible happens: You trip over a crack in the sidewalk and the large, antique mirror you're carrying slips from your grasp. Before you can even fully understand what's happening, the mirror hits the concrete and cracks into hundreds of pieces. Your first thought? Well, we probably shouldn't repeat it here. Your second? Seven years of bad luck.

But why the bad luck? Will breaking a mirror really heap misfortune upon your head? According to superstition, the answer is yes. Although the exact origins of the belief are inexact, potentially centuries-old lore holds fast to the idea that a mirror is a projection of one's appearance — and one's soul. Breaking a mirror also breaks the soul into pieces. The soul, now severely damaged, isn't able to fully protect its owner from bad luck. Or, in an alternate explanation, the damaged soul seeks revenge against the one responsible for its injuries. The means of revenge varies, but often includes the loss of a close friend or the death of someone in the household [source: Radford].

The idea that broken mirrors can bring bad luck most likely stems from the ancient Greeks, who believed spirits lived in reflective pools of water. In fact, the fate that awaited Greek mythological figure Narcissus may have grown out of this belief. Narcissus fell in love and it was his undoing; so besotted was he with his own reflection in still waters that he pined for himself (or, by some accounts, the visage of his late twin sister) until he died [source: Encyclopedia Britannica].

Regardless of the way it started, the notion that breaking a mirror brings bad luck is prevalent in cultures around the world, ranging from Greek and Chinese to Indian and American. Whether you subscribe to the superstition or not, breaking a mirror is bad news — if only because of the mess it creates.