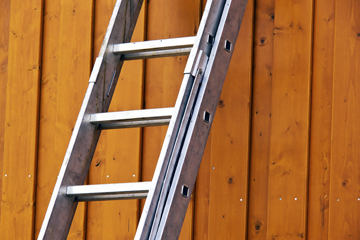 Superstitions, like walking under a ladder, may serve as cautionary advice to minimize harm more than anything else.
1stGallery/Thinkstock

A 2000 Gallup poll revealed that only 25 percent of Americans considered themselves either very or somewhat superstitious [source: Moore]. Despite this relatively low number, many people may find themselves participating in superstitious behaviors — actions that appear to be unconnected to the planned or desired results. Even those who consider themselves to be completely ruled by rationality may be surprised to find out just how many common superstitions they comply with on a regular basis — not because of any magical thinking, but simply because these actions or traditions make sense.

Think you can avoid the influence of superstition? Check out these 10 tales, which are deeply rooted in common sense, no matter what your opinion of their more mystical associations.

One old wives' tale warns that you should never walk under a ladder. Some believe that this action simply brings bad luck, while others feel it will negatively influence your love life [source: Murrell]. Falling off a ladder is said to bring misfortune because it will cause you to go broke — financially, that is.

The roots of ladder-based superstitions may be due to the triangular shape that the ladder forms when placed up against a wall, reminiscent of the Holy Trinity. Passing through this Trinity is considered disrespectful to God, or even a tribute of sorts to the devil and other evil spirits. Another explanation relies on the fact that hanging victims used to be forced to climb a ladder to reach the noose, giving the ladder an unlucky air [source: Webster].

While either of these explanations may be valid depending on who you ask, do you really need a reason beyond the obvious danger associated with hanging around under a ladder? You could easily be struck by a falling tool — or person — which is sure to bring some fairly swift misfortune, no magical thinking required.

9: Shoes on the Table

Superstition states that placing new shoes on the table can negatively impact future prosperity, while leaving any shoes on the table is likely to lead to a quarrel, or just plain bad luck [source: Murrell]. Traditionally, this legend may be tied to the mining industry; when miners passed away, their relatives would bring their shoes into the home and place them onto the table [source: Tanna].

Though fewer people are involved in dangerous mining jobs today, the shoes-on-the-table superstition still lingers — and makes perfect sense if you think about it. Do you really want people putting their shoes — new or used — on the same surface where you eat? If your family members stuck their shoes on the table, wouldn't you want to argue with them about it, or throw a heaping dose of bad luck their way? This one may date back many years, but it's as valid today as it ever was, though possibly for different reasons.

Sharing a match to light multiple cigarettes makes perfect sense, but when you're a soldier in the battlefield, it can quickly get you killed. The superstition that three to a match will leave one soldier dead dates back to the Crimean War [source: Webster]. Striking a match would alert enemy snipers to your presence, which wouldn't do them much good if you put the match out right away. Leaving it lit for a second soldier to use gave the sniper a chance to aim. By the time the third person used the match, the sniper would be ready to fire, and with so much time to prepare his shot, it wouldn't have taken much luck to hit his target. Sure, there's no reason three friends can't light up using the same match at home, but when it comes to the battlefield, this superstition is still spot-on.

If you ever step foot on a fishing boat, you'd better not have a banana in your lunchbox. No, really. As ridiculous as it sounds, the idea that bananas bring bad luck at sea actually makes perfect sense. First, banana peels are really slippery. The last thing you want to have to look out for as you navigate a slippery deck riddled with fish guts is a hidden peel leftover from someone's lunch. In addition, banana peels release methane — a toxic gas — as they ferment [source: Nathoa et al.]. This might not matter much when only one banana is involved, but if you're carrying a larger shipment, the air below deck could quickly turn deadly.

According to some common food superstitions, it's bad luck to leave a plate of unfinished food sitting out overnight [source: Webster]. Legend has it that you'll invite the devil in by doing so, but in reality, you're much more likely to invite mice, roaches and other unwanted pests. In other food fable news, it's supposedly a bad omen to drop food on yourself accidentally while you eat. Ya think? Even if it doesn't end up bringing you any serious bad luck, you've still wasted food and left yourself with an unpleasant mess to clean up, or maybe an ugly stain on your clothes, the carpet or your furniture.