by John Kelly
NEXT PAGE
A sunset scene of red lanterns decorates the Chinese temple Thean Hou Temple in Kuala Lumpur, Malaysia. This temple is famous for its celebration of Chinese New Year. Mongkol Chuewong/Getty Images

Every year between late January and the third week of February, more than 20 percent of the world's population plunges into a period of feasts, festivities and fireworks. This mega-holiday goes by the names Chinese New Year, Lunar New Year or Asian New Year. It's celebrated in mainland China and in many other Asian countries, as well as by people of Asian heritage around the world, and it's one of the richest of all holidays in its variety of customs and traditions.

New Year in the West is celebrated for only one day, and, of course, the evening before. Traditional Chinese New Year, on the other hand, lasts two weeks. The holiday once had a close connection to Buddhist, Taoist and folk religious practices, but like many Western holidays, it is now mainly a secular celebration. There are many different ways to celebrate: Some, like paying honor to ancestors, are based on age-old traditions, while others, like watching a traditional gala on television, are very modern. Chinese New Year is a time to enjoy good times with family, to cultivate luck and to extend wishes of prosperity in the coming year.

The celebration of the Lunar New Year is based on a calendar that originated in China in the 14th century B.C., which, in its earliest form, was connected to the Chinese agricultural cycle [source: History.com]. Early spring, when Chinese New Year takes place, was the time farmers began to prepare for planting. The last day of the year was also when the landlord came by to collect the yearly rent for farmers' land. Peasants who managed to pay it had reason to celebrate [source: Gao]. Before gunpowder was invented, they made loud noises by tossing sections of bamboo into a fire -- the heat caused these primitive firecrackers to explode with a bang.

In 1912, the Nationalist Chinese government started to play down the celebration of the Lunar New Year. Officials renamed it Spring Festival and urged citizens to use the Gregorian calendar prevalent in the West, which recognizes New Year on January 1. However, many Chinese still clung to the traditions connected with the lunar year. Then, the holiday was banned completely after Communists took control of China in 1949. New Year customs connected with religion and superstition did not fit with Communist dogma and were discouraged by the state [source: Rabkin].

The celebration of New Year in China began to revive in the late 20th century, when the Chinese government began to liberalize its rule. Today, Chinese workers get a week-long holiday that extends through the first half of the Chinese New Year period, and they have returned to celebrating the holiday in a big way [source: History.com].

But how are the exact dates of Chinese New Year determined each year? Read on to the next page to find out. 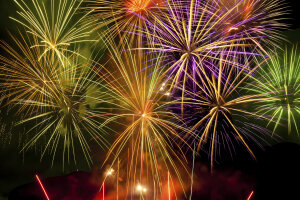 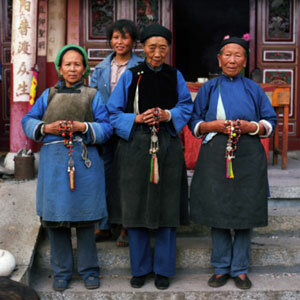