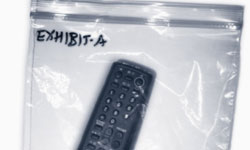 Some real-life crimes are sensational enough to get the fictional treatment.
Chuck Bradley/Workbook Stock/Getty Images

Television programming pioneer Jack Webb knew that audiences loved realism. In the early 1950s, at a time when radio and TV tended toward wacky comedies, out-of-this-world adventure tales and overdramatized soap operas, Webb introduced the crime drama "Dragnet." The show always started with the same irresistible hook: "Ladies and gentlemen, the story you're about to hear is true. Only the names have been changed to protect the innocent." Combined with its often brutal subject matter and characteristic monotone narration, the format was a hit with audiences.

Ever since the success of "Dragnet," other television shows throughout the decades have attempted to imitate it, dramatizing stories that are "ripped from the headlines." What makes fictionalizations of real stories so popular? Well, for one, many of the true stories are fascinating and hard to believe. They represent the limits of what human beings are capable of -- both for good and for evil -- even more that pure fiction can.

We've collected some of the most sensational real-life crime stories that television writers simply couldn't resist dramatizing. Ladies and gentlemen, the stories you are about to read are true -- and the names are, too.