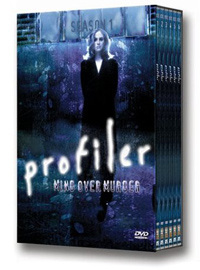 As the stars of true-crime documentaries, TV series and Hollywood thrillers, criminal profiler­s have one of the best-known law enforcement jobs in the world. Basic profiling -- identifying the perpetrator of a crime based on an analysis of crime and the way it was committed -- is a common investigative tool. But some fear that police departments have taken profiling too far, harassing or even arresting people because of certain characteristics they might have in common with criminals -- or worse yet, because of their skin color. Others argue that in an age of terrorism and violent crime, we can't afford not to examine people based on crime patterns, even if that means suspicion based on race.

In this article, we'll look at the different types of profiling, see how police officers and criminal investigators create and use profiles and learn about the controversy surrounding the practice.

The most basic kind of profiling is a Be On the Lookout (BOLO) or All-Points Bulletin (APB). You're probably familiar with these, although you might not have heard it referred to as a profile.

An APB is a description of a specific suspect accused of committing a specific crime or crimes, usually based on eyewitness accounts. For example, following a bank robbery, police might interview suspects and review surveillance camera footage before releasing the following APB:

Suspect was last seen in a dark blue Ford pick-up truck. He was wearing a red T-shirt and black jeans. Suspect is described as a white male, 5-feet 10-inches tall and thin with receding blond hair. He has a tattoo of a snake on his left forearm.

Including a suspect's skin color is common, and not usually controversial. It is simply a physical description based on visual evidence gathered at the crime scene. It doesn't make any judgments about other people with white skin (or with snake tattoos and receding blond hair, for that matter).

The next step in profiling is the psychological profile. Investigators create this profile in the absence of physical evidence or eyewitness descriptions, or to supplement such descriptions. They take what they know about an unknown suspect and his actions and try to generate additional information. For example, if a serial murderer has been killing the female employees of a law firm, profilers might find it likely that the killer is a male former employee or client of the law firm.

Other evidence, such as notes left by the killer, the location of the killing, or the state of the crime scene can allow profilers to develop "educated guesses." These guesses might include things like the suspect's education level, psychological traumas he has suffered or where he lives. They are not always 100 percent accurate, and sometimes they can be rather vague. However, if the police have no idea who the suspect might be, it gives them somewhere to start looking. For example, interviewing former employees of the law firm might turn up more concrete clues that lead to direct evidence of the killer's identity.

Next, we'll look at predictive profiling. 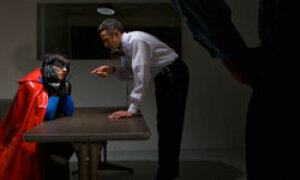