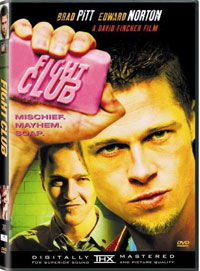 We're ­not supposed to talk about this. The first rule of any fight club is, after all, you don't talk about fight club. We here at HowStuffWorks have big mouths, though, and don't really like to fight. So here goes.

In the 1996 Chuck Palahniuk novel, "Fight Club," and 1999 movie based on the book, two men inadvertently establish an underground network of clubs where men beat the tar out of one another. There's no good reason behind the fights other than fighting is reason in itself. Through these fights, the characters attempt to regain control of what they see as their increasingly emasculated lives. Rather than order furniture from catalogs or contemplate duvets, they choose to drop out of society and reinstitute their manhood through violence. This radical mentality attracts a multitude of other characters in the story that join the underground fight clubs which quickly spring up around the country.

There's something visceral and exceedingly base that's derived from the sensation of knuckle impacting orbital socket. At least, that's what the main characters in the story decide. Fighting runs in stark contradiction to the norms of civilized society. Two people consentingly engaging in violence against one another is a different story, however. This, too, undermines society, but in a different way. ­As the two main characters in the story learn, it leads to anarchy.

­It ultimately ends well for the protagonist (and badly for a few credit reporting companies). The story is, of course, entirely fictitious: Palahniuk says that he made the idea of fight clubs up [source: DVD Talk]. But following the release of the book -- and even more after the movie's release -- the author stood accused of inadvertently creating a real-life fight club trend.

So are there real-life fight clubs? Before we get to that, find out about violence through the ages on the next page.

A History of Violence 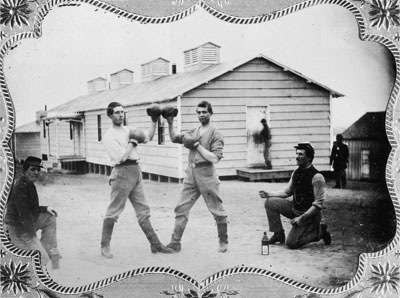 Fighting is nothing new among humans. We've pummeled one another for millennia. Ancient texts like the Babylonian epic poem "Gilgamesh" and the Bible describe early acts of physical brutality. Archaeologists have found physical evidence of even earlier violence. The famed Iceman of the Alps, whose mummy was found in 1991, is believed to have been ritually murdered in an act of human sacrifice 5,300 years ago [source: Gugliotta]. Physical aggression has clearly been around for a while. The question is: Are we like this naturally, or is violence a behavior we've adopted?

Psychologists have debated endlessly over the nature of violence. Some theorize it's innate in all humans, suddenly and irresistibly brought to the fore by some external stimulus or medical condition. Others believe that violence is a learned trait. This school of thought is supported by anthropological notions that humans lived peacefully in small groups before civilization developed. They theorize that violence emerged out of humans living closely together and the hierarchy that developed out of agriculture and the domestication of animals [source: Bacciagaluppi].

Over time we learned to harness that violence. It was eventually determined that the same social structure, which may have produced violence, couldn't sustain it. We're meant to all get along so that society can thrive; any assault inflicted on an individual undermines the social structure [source: Miller]. That is unless the violence itself is structured, say in the form of a spectator sport like boxing. Fighting goes from an uncontrolled act of violence to a sanctioned outlet for aggression and a chance for glory.

Boxing and wrestling were both featured events at the early Olympics 2,700 years ago. Boxing matches were generally lawless beatings from then on until 1743, when the first rules governing the sport were published by Jack Boughton, a man who'd killed one of his opponents in a match in 1741 and wrote the rules to prevent such an accident from happening again [source: University of Florida]. Even after boxing federations developed and regulated the sport in the 1860s, part of the sport continued to maintain its underground appeal. Bare-knuckled boxing matches were staged throughout the 20th century in places like abandoned buildings, bars and even carnivals in the United States and Great Britain [source: University of Sheffield]. Pugilism -- boxing -- spread throughout the world, taking root in Asia and South America soon after being exported to the U.S. from the U.K.

No matter where boxing matches were held, there was one commonality among them all: money. It can take some encouragement to fight another person when he or she has done nothing to you, and money has traditionally been the grease that keeps the pugilistic wheels going. Boxers get a purse -- prize -- for winning and, in regulated matches, the losers do, too. Promoters make a cut from a boxer's winnings, and even fans may bet on the outcome of the fight (though that's illegal in the U.S.).

But it wasn't until 1996 that the mind of author Chuck Palahniuk produced the concept of a fight club: no money, very few rules and highly secretive. The idea appears to have caught on. After the book and movie came out, reports of real-life fight clubs trickled out via the media. In places like San Francisco and New York, men and women alike assembled for knockdown, drag-out fights with few rules and for no money.

Find out about these real-life fight clubs on the next page.

Who is Tyler Durden?

In the novel, "Fight Club," the main character's name is never used. In the script for the film version, however, the producers called the main character "Jack" to denote when he was speaking [source: DVD Talk]. 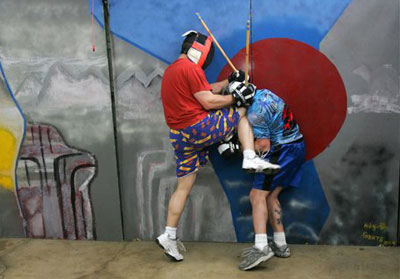 For the most part, these real-life fight clubs are by invitation only and are usually shrouded in secrecy. Fighters generally have to know someone (or at least know where to look) to find the location where a fight club will be held. One underground outfit in San Francisco, organized by a man known as "Bloody Knuckles," uses the free Web site craigslist to distribute information about fight nights [source: SFGate].

The rules surrounding these fights are usually very simple: Fighters can do just about anything to one another with their unarmed bodies, but once a fighter loses consciousness or calls it quits, the fight is over. Like the Palahniuk story, Bloody Knuckles' rules prohibit spectators; the only ones allowed to observe fights are other fighters either resting between matches or anticipating the next fight [source: SFGate]. In other words, if you come, you have to fight.

Other real-life fight clubs have far less structured rules. One held weekly by the SB Rats motorcycle gang in Oakland, Calif., often consists of a number of people fighting one another in the ring at the same time as teams. These fights are sometimes used for gang initiations, with prospects -- potential gang members -- proving their toughness in the ring. And unlike Bloody Knuckles' fights, anyone who wants to watch can show up without fear of being pressed into fighting [source: San Francisco Bay Guardian].

California appears to be the fight club capital of the world. Another fight club, populated by computer and tech entrepreneurs and employees, meets in Silicon Valley biweekly to pound on one another. In contrast to most other fight clubs, this one allows weapons such as frying pans and tennis rackets [source: AP].

With all of this media exposure, it's tough not to wonder why these formerly underground fight clubs aren't busted up by the police. The answer is that, for the most part, they're not illegal. Consenting adults who feel like fighting in a private place don't generally break any laws. And most states don't consider it boxing, so long as none of the fighters are paid [source: AP]. Law enforcement takes an entirely different view of fight clubs when they involve minors, however. A spate of videos compiled from teenage fight clubs hit the Internet in the decade following the release of the "Fight Club" book and movie, and police scrambled to break up suspected fight clubs in their jurisdictions. In some cases, arrests were made. Teens in Arlington, Texas, were among many indicted around the U.S. after videos from fight clubs they organized were linked to them [source: USA Today].

Even in fight clubs involving adults, fighters showing up at the hospital with injuries like broken ribs and noses will likely draw unwanted attention from local police. This is one of the problems associated with real-life fight clubs; their very secrecy encourages fighters to amateurishly nurse their own wounds or ignore them altogether. And more than one person has died from such unregulated fights.

Still, they remain popular among some people. And most reports of fight clubs also include a requisite postulation on why people take part in them. Some fighters say they do it for the thrill of the experience [source: San Francisco Bay Guardian]. Others say they do it to overcome their fear of violence being inflicted upon them, sort of a self-inflicted aversion therapy [source: SFGate]. And if Chuck Palahniuk's characters are to be believed, it's a great way to regain control of one's life by reconnecting with a part of civilization that has long been swept under the rug.

For more information on adventure and other related topics, visit the next page.

How Friday the 13th Works
Hispanic or Latino? It’s Complicated
Who were les quatorziens?