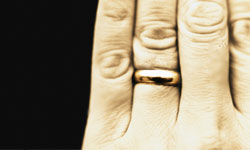 Marriage is about beginning a new life with a loved one, but it's also a legal process.
PM Images/Getty Images

Marriage is one of the most important experiences of a person's life, but like any legal process, it can get complicated. Depending on where you live, there may be laws governing who can get married and how a marriage license can be obtained. Some couples also face the decision of whether or not to have a prenuptial agreement. In this article, we'll look at some of the laws surrounding marriage, including age requirements and marriage licenses. We'll also explore some of the many legal benefits to being married. Finally, we'll take a look at other forms of marriage, such as polygamy, civil unions and domestic partnerships, and find out where they fit in American law and society.

In order to have a legally recognized marriage, a couple has to have a valid marriage license. An application must be filled out in order to get a marriage license, and each state has its own laws regarding who is eligible to receive a license. The legal age to marry varies from state to state; in most states, both parties must be 18 years old in order to marry without their parents' permission. However, in some states, people as young as 12 years old can marry with a parent's permission, though some cases may need the approval of a judge. Some states also require blood tests for sexually transmitted diseases or for the couple to undergo pre-marital counseling.

After a couple gets married, a marriage certificate is proof that a marriage has taken place.

Marriage by the Numbers

Besides love and companionship, there are many benefits to marriage, especially in the eyes of the law. In fact, there are 1,138 federal benefits, rights and responsibilities associated with marriage [ref]. In this section, we'll list some of those benefits.

Spouses have or are entitled to:

Social scientists have also found many positive benefits for married couples and families, including fewer incidents of poverty and mental health problems in families where the parents are married rather than simply cohabitating. Many studies also support the idea that children living with married parents do better in a variety of ways than children in any other living arrangement [ref].

At the end of the ceremony in a Jewish wedding, the groom breaks a glass (for safety considerations, sometimes a light bulb is used). This gesture symbolizes the destruction of the ancient Temple in Jerusalem and represents the couple's identification with Jewish history and tradition. Some also joke that this is the last time that the groom will be able to put his foot down.

Other Types of Marriage 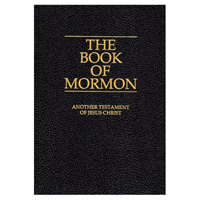 Polygamy is associated by some with Mormonism, but the Mormon church officially condemns the practice of polygamy, which is illegal.
Photo courtesy Amazon

Polygamy, the "state or practice of having more than one spouse simultaneously," was outlawed by the federal government in 1862 [Black's Law Dictionary]. Still, polygamy exists in the United States, though usually secretly and with great stigma attached. One can also find polygamy in popular culture, such as in the television show "Big Love." In the U.S., polygamy is frequently associated with Mormonism, although the Mormon church condemns the practice, which is also called plural marriage. An estimated 30,000 to 60,000 polygamists live in Utah and the surrounding states, most of them made up of fundamentalist Mormons [ref]. For more information about polygamy, check out How Polygamy Works.

A civil union is a legal entity that offers same-sex couples the same legal rights and benefits as marriage. Civil union laws have been proposed in various state legislatures, but so far they are only legal in Vermont, New Jersey and Connecticut [ref].

Currently same-sex marriage is illegal in most states and on the federal level, but some states, cities and employers offer marriage benefits to same-sex partners, such as in the form of civil unions.
Photo courtesy Dreamstime

The Defense of Marriage Act of 1996 defined marriage as "only a legal union between one man and one woman as husband and wife" [ref]. This definition applies for federal purposes only, and states are free to create their own laws with regards to marriage. However, states are not legally required to recognize same-sex marriages conducted in other states that allow them. Currently, Massachusetts is the only state in which gay marriage is legal. Some states have explicitly outlawed gay marriage, while a constitutional amendment to ban gay marriage has failed more than once to pass in the United States Senate [ref].

In order for a couple to be considered to have a common law marriage, they must live together, agree that they are married and present themselves as a married couple, such as by changing their last names and filing joint tax returns. If you've heard that any couple that resides together for seven consecutive years is automatically considered common law husband and wife, that's not true. The amount of time that a couple has to live together is not defined in any state, but if a couple satisfies many of the conditions for common law marriage and lives in a common law marriage state but does not want to be married, they must somehow make that intention clear.

"Jumping the broom" is a popular euphemism for getting married, much like the phrase "tying the knot." The phrase originates from a tradition that was common among African-American slaves. Because slaves were often prohibited from officially marrying, they had to come up with their own traditions and ceremonies. Couples would jump over a broom that was set on the floor, symbolizing the beginning of a new life together. The tradition is still used by some African-American couples today, and it is believed to have originated from African customs, though ancient Celtic tribes had a similar practice [ref].

Common law marriage within the United States is legally recognized in:

Common law marriage is allowed only for inheritance purposes in New Hampshire.

Finally, though a couple who has a common law marriage doesn't have a marriage license or certificate, they still must go through the legal process of obtaining a divorce in order to end their marriage.

For more information about marriage and other related topics, please check out the links on the next page.

There are numerous fascinating wedding customs enjoyed in cultures around the world. Many cross-cultural similarities can be seen, as marriage traditions frequently symbolize fertility, good health, good luck or beginning a new life. Here are a few interesting customs:

How Motivational Speakers Work
How to Carve a Pumpkin
Alone in the Amazon: The Last of His Tribe