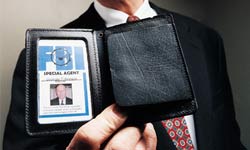 The Federal Bureau of Investigation is the most powerful government agency in the United States. Some call it the largest law enforcement agency in the world. In its 100-year history, the agency has been at the heart of several infamous cases -- some successful, some controversial. In the age of terrorism, the FBI is as complicated and powerful as ever.

In this article, we'll find out what the FBI does, how it started, and how you can become an FBI agent. We'll take a look at some of the tools and techniques used by the FBI, and we'll learn about J. Edgar Hoover, the man who molded the Bureau into a powerful crime-solving agency.

­The FBI is the investigative arm of the U.S. Department of Justice, and its specific mission is constantly evolving. Currently, the FBI's focus is on stopping terrorism, corruption, organized crime, cyber crime and civil rights violations, as well as investigating serious crimes such as major thefts or murders. They also assist other law enforcement agencies when needed. Crimes that specifically fall under FBI jurisdiction include those in which the criminal crossed state lines, violations of federal controlled substance laws, and other violations of federal laws.

According to its Web site:

The official mission of the FBI is to uphold the law through the investigation of violations of federal criminal law; to protect the United States from foreign intelligence and terrorist activities; to provide leadership and law enforcement assistance to federal, state, local, and international agencies; and to perform these responsibilities in a manner that is responsive to the needs of the public and is faithful to the Constitution of the United States.

To dispel some myths about the FBI, here are some things that it doesn't do:

FBI agents can carry firearms, and their use is restricted by the same rules that restrict all other law enforcement offices in the U.S. Deadly force can only be used when necessary to prevent death or injury to the agent or others. Agents cannot wiretap suspects (use electronic means to listen in on telephone conversations) without receiving a court order. To get a court order, they have to prove probable cause that the suspect is engaged in an illegal activity, and that a wiretap will help them gain crucial information. A federal judge must approve and monitor the tap. Wiretapping without a court order is a felony.

What does it stand for?

While "FBI" is technically an abbreviation for Federal Bureau of Investigation, it also stands for the FBI's motto: Fidelity, Bravery and Integrity. 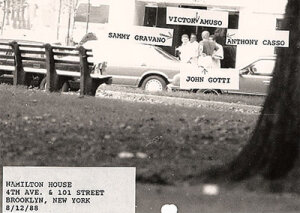