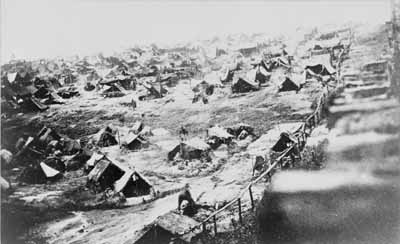 Prisons are most commonly used to jail criminals, but they have also been used to lock away political dissidents, the mentally ill, prisoners of war and even people who couldn't pay their debts.
Photo courtesy U.S. Library of Congress Prints and Photographs Division

­As an abstract term, prison is quite simple: it's a place where your freedom, movements and access to basically everything is restricted, usually as punishment for committing a crime. But for anyone who has ever done hard time, a prison is so much more: it's a place where dignity, privacy and control are given up to guards and prison administrators, where isolation and boredom can drive someone insane, and where the simplest of necessities seem like luxuries. In the United States, where more than two million people are in prisons and more than 400,000 work at them, prisons are big business [Source: U.S. Department of Justice].

Prisons have historically been used for a number of purposes. They are most commonly used to jail criminals, but they have also been used to lock away political dissidents, the mentally ill, prisoners of war and even people who couldn't pay their debts. The prison camps of the American Civil War were notorious in both the North and South for being unsanitary places with horrendous living conditions. Overcrowding, disease and malnutrition lead to hundreds of deaths [Source: AltonWeb]. In the 18th and 19th centuries, people who couldn't afford to pay their debts were often thrown into jail, or used as forced labor. The time spent working or in jail was an alternative way to pay off the debt. Today, certain debtors still get sentenced to jail -- those who don't pay child support or tax bills can be convicted and given a prison sentence.

The cultural functions of prisons are more complex. A prison sentence is a punishment. In this regard, it serves both as a form of justice (we believe people who commit crimes should suffer some form of retribution) and as a deterrent(prison is unpleasant, so people are reluctant to commit crimes for fear of going there). Prisons often serve as a safeguard, keeping dangerous people locked away from society so they cannot commit any more violent crimes. In some cases, prisons are used to rehabilitate criminals and set them up for a new life with an improved education, job and social skills and a new outlook.

U.S.P. Marion, located in Marion, Illinois, is one of two SuperMax, or high-security, federal prisons in the United States.
Photo courtesy Federal Bureau of Prisons/U.S. Department of Justice

U.S. prisons are broken down into three basic levels of security: maximum, medium and minimum. Minimum security prisons often resemble camps or college campuses. They are reserved for non-violent offenders with relatively clean criminal records, or prisoners who have served most of their term in a higher-security facility and displayed exemplary behavior. A medium security prison restricts the daily movements of the inmates to a greater extent, but instead of cells they usually have dormitories, and the prison is usually enclosed by a razor-wire fence.

When an incident occurs at a maximum security prison, all the inmates are confined to their cells for several days, with absolutely no freedom whatsoever. This is known as lockdown. In 1983, two guards at a federal prison in Marion, Illinois were murdered in separate incidents on the same day. That prison went into permanent lockdown. Since then, several prisons have been built and run under permanent lockdown -- they are known as SuperMax prisons. Most maximum security prisons have a SuperMax unit within the prison that has permanent lockdown status. Officially known as a Security Housing Unit (SHU), prisoners simply call it The Hole.

We'll examine what life is like inside a prison next.

A recent trend has been the privatization of prisons. A company runs the prison intending to make a profit -- they are hired as contractors by the government to design, build and manage the prison. The government then pays the company per prisoner/per day. In other words, the more people that are in jail, the more money these companies make. The Corrections Corporation of America and the GEO Group own about 75 percent of all the private prisons in the United States [Source: State Action]. Roughly 20 percent of all U.S. inmates are held in private prisons [Source: New York Times]. 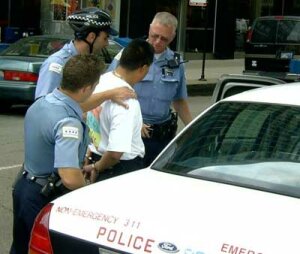 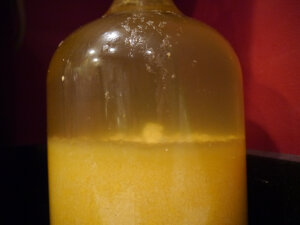