The President and the Other Branches of Government 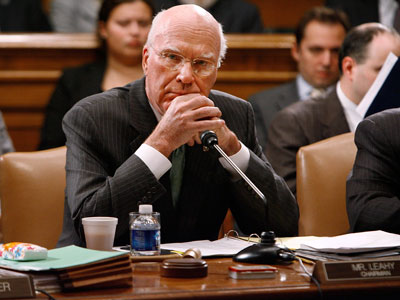 The president's authority to lead the nation is limited by checks and balances that were added by the framers of the Constitution. Without approval by Congress, the president can't get legislation passed. Without the support of the Supreme Court, the president's actions can be deemed illegal.

Congress also limits presidential power by its ability to confirm or reject presidential confirmations. Presidents appoint their Cabinet members, Supreme Court justices, diplomats and others to help them carry out their agenda. To prevent an army of bureaucrats, judges and high officials from carrying out the president's every whim, the Senate vets candidates and can confirm them only with a two-thirds vote.

­The president's salary is another check established by the Constitution that prevents excessive power within the congressional/presidential balance. The president's compensation can't be increased or decreased during the year, so Congress can't tempt or punish a president into complicity by offering a raise or whittling away his or her salary.

The president is meant to temper the other branches as well. Just as Congress isn't required to pass legislation, the president isn't required to sign a bill that Congress expects to become law. The president is invested with the veto power. This is the ability to refuse to sign a bill into law. Once a president vetoes a bill, Congress can override the veto, but it's a difficult process. Both the House and the Senate must produce a two-thirds vote. This can be tough, especially with a bill that didn't enjoy overwhelming support in Congress before the veto.

At times, a president simply threatening a veto is enough to send Congress back to the drawing board to come up with compromises the president will agree to pass. Some presidents used their veto powers more than others. Franklin Roosevelt and Grover Cleveland rank highest with 635 and 584 vetoes, respectively. Andrew Jackson has the fewest vetoes of a full-term president with 12 [source: Wright].

The president balances the judiciary with the pardoning power. Through pardons, the president can essentially overrule a judgment against a person or group of people that have been convicted in U.S. courts. President John Kennedy managed to overrule both the judicial system and Congress with a single pardon. Kennedy issued a blanket pardon for Americans who'd been convicted under the Narcotics Act, which he considered an unfair law.

Within these boundaries, the president has to operate both as chief executive and commander in chief. Find out about the first role on the next page.