Technical and Logistical Support for the U.S. President 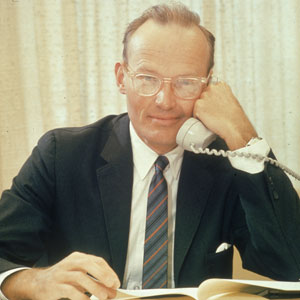 "Today's White House is a supercharged engine made up of superbly capable but quite diverse presidential instruments," wrote a researcher at the University of Virginia [source: Miller Center]. It hasn't always been that way. Originally, the president's duties were expected to be limited enough that he or she could carry them out virtually alone. Thomas Jefferson had one clerk and a messenger to assist him. Until 1857, Congress didn't fund any presidential staffers, the president was expected to pay his or her help. Slowly, staff numbers grew until 1939, when the White House staff grew exponentially under President Franklin Roosevelt. It was under his administration that the Executive Office of the President (EOP) was created.

­The EOP initially encompassed the Budget Office and the White House Office but has grown as successive presidents have added new offices. These offices represent the different divisions that are sometimes concerned with powers and initiatives outside of the expressed duties in the Constitution. Some of the units include the Office of Science and Technology, the Office of Drug Control Policy and the Office of Faith-based and Community Initiatives. When a president creates a new office, it reflects a part of the administration's unique agenda. As new presidents come in, they may use or largely ignore the offices created by his or her predecessors, depending on the new administration's agenda.

There are some offices that are far too vital to be ignored, however. The National Security Council, the Council of Economic Advisors and the Office of Management and Budget assist the president in some of the major endeavors he or she will undertake, including military action, addressing economic crises or expanding the U.S. economy, and creating the annual budget for presentation to Congress.

The president appoints the leaders of the sub-offices (there's also a presidential appointment secretary to assist with that responsibility), who in turn hire their staff. Ultimately, the president oversees and is assisted by a staff of as many as 5,900 advisors, employees and administration heads, with an estimated budget of $341 million in 2005 [source: Miller Center].

The vice president can play a large role in an administration or a small one. Al Gore, vice president for President Bill Clinton, served in a large capacity for the administration, taking on new initiatives to overhaul the executive branch. Other advisers can play a major role as well. Alexander Hamilton, Treasury secretary to George Washington; Henry Kissinger, adviser to President Richard Nixon; and Karl Rove, deputy chief of staff to President George W. Bush were all vital to presidential decision-making.

Since the president cuts a conspicuous figure, the role of the Secret Service can be a vital one. The agency was created in 1865 but wasn't officially charged with protecting the president's life until 1907, following the assassination of William McKinley. The agency also protects the vice president, presidents-elect, and candidates and nominees for president during the campaign.

The Secret Service also provides protection for the first family. Read about presidential families and their official residence on the next page.