The U.S. President as Chief Executive 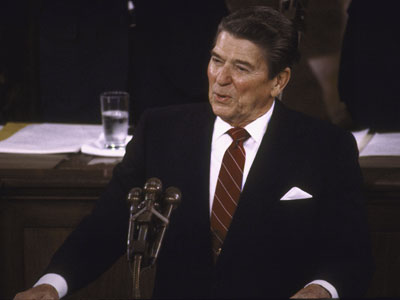 The American president is essentially the CEO of the country. He or she makes decisions based on information gathered by division heads. The marketing department suggests ways to better get the company's point across. Accounting tells the CEO how much a new initiative will cost. The manufacturing division lets the CEO know it needs a better benefits package for the laborers. Major decisions must be passed by the board of directors. All of these factors shape a CEO's agenda of what direction the company should go to bring each vision to a reality.

­T­his is similar to the duties carried out by the president of the United States. As chief executive, the president enters office with an agenda -- where he or she wants to lead the country -- and uses the resources available to carry out that agenda. Some are broad and can be lumped into clear categories; Democrats often focus on expanding social services, whereas Republicans often seek to narrow government spending. Others are much more personal and are unique to each president. Andrew Jackson had been marginalized by big business and political bosses, which he took on during his administration.

But if running a single corporation is difficult enough, running the country is exponentially harder. There are too many factors for a single person to address alone, so presidents surround themselves with advisers and appoint 15 Cabinet heads. Cabinet members serve as leaders of federal divisions, such as the Departments of Defense, State, Treasury and Labor. In addition, the president receives advice from quasi-governmental agencies (those supported but not directly managed by the government) like the Environmental Protection Agency and the Federal Reserve Bank System.

The president is the major legislative force in the United States. During his or her inaugural address, the president reveals the goals of the administration. Throughout the years in office, the president adds new goals or refines old ones during the annual State of Union address. The presidential agenda is the basis for much of the legislation Congress deliberates throughout the president's tenure. It's not an automatic process, however; the president doesn't decree what he or she wants while Congress scrambes to respond. There is work to be done on both sides, with the bulk of it on the president's shoulders.

For an agenda to be realized, a president has to have a good working relationship with Congress, the support of the public and/or willingness to compromise. The president usually has to negotiate; a bill that's based on part of a president's agenda commonly includes pork -- money that funds legislators' states rather than the country as a whole.

Public opinion also counts for a lot in deciding whether a president will get his or her agenda passed. President George W. Bush's appeal for public support for his $700 billion Wall Street bailout plan (a use of the bully pulpit) is a good example. Constituents contacted their representatives to express support, and in turn, Congress passed the plan in just over a week.

Compromise is also key in seeing an agenda come to fruition. President Woodrow Wilson is an oft-cited example of an unyielding executive. He signed the League of Nations treaty with U.S. allies after World War I. Wilson wouldn't allow Congress to modify the treaty, and the Senate refused to ratify it. Conversely, Lyndon Johnson's vast Great Society agenda was passed due to compromises he made with the legislative branch.

Read about the president's other major role of commander in chief of the armed forces on the next page.