Santa Claus gets a lot of attention during the holiday season. He deserves it -- rumor has it that he takes into account your wish list, helps you improve your behavior from naughty to nice and travels around the world in just one night to deliver all of those presents. But how could he do all of this by himself?

­As it turns out, Santa's not alon­e. According to folklore, working hard behind the scenes and under the big guy's shadow are Santa's elves. Typically underappreciated during the holidays, the amount of labor these tiny, mythical creatures clock in is pretty astounding. We have to assume that much like Rudolph and his red nose, without the help of the elves, Santa would have a lot more stress leading up to Christmas and wouldn't be nearly as jolly.

But have you ever wondered what the life of an elf is really like? Sure, there are a lot of stories and movies about Santa's elves -- they're featured in everything from "Rudo­lph the Red-nosed Reindeer" in 1964 to Will Ferrell's "Elf" in 2004. And although there are some basic similarities between stories, each account offers its own unique take on elf life and customs.

So what do elves look like? Do elves just make toys, or do they have other duties? Do they work just during the months leading up to Christmas Eve, or do they work all year long? Do they get health insurance and vacation time?

Although no one may ever know for sure just how elves operates, we at HowStuffWorks have what we think are the most logical explanations for how they accomplish all that they do. Read the next page to find out about what we think a day in an elf's life might be like. 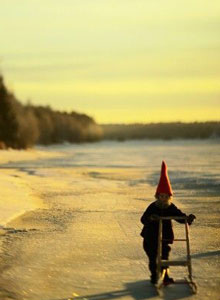 The concept of elves can be traced back to Scandinavian folklore.
Kai Tirkkonen/Getty Images

It may be that Santa's elves don't have too much in common with the elves in J.R.R. Tolkien's "The Lord of the Rings." While Legolas, the main elf from the series of books, is tall and skilled in archery, the elves from the North Pole could be closer in appearance to hobbits. In this section, we'll look at everything from elf appearance to elf psychology.

Elves are widely regarded as being small in stature -- no taller than 3 feet, and some might even fit in the palm of your hand. One of an elf's defining characteristics is his pointy ears, which we think could help in anticipating repairs on Santa's sleigh. Because elves' ear size in relation to their heads could be quite large, like bats, some think elves could use echolocation. But, in fact, it's the pinna, or tissue on the outer ear that might best help elves localize sounds like a screw that became loose on a sleigh's runner.

Aside from their small stature and tall ears, an elf might look very much like you and me. There would be both male and female elves. They would wear clothing similar in style to Santa's wardrobe -- since it's cold in the North Pole, they'd sport pointed caps, warm suits with white, fluffy trim and pointed boots. The only difference would be in color, as the elves might wear green to compliment Santa's red suit -- and there's the matter that Santa is, after all, the maestro and would probably want to stand out.

Because they're so tiny, elves may not seem too intimidating. But elves would have to be powerful, energy-packed beings in order to fill Santa's quota of gift-making. Could they be feisty, fidgety and nervous -- hard-wired for constant activity, always fiddling and tinkering with objects, taking them apart and putting them back together?

Santa's elves would also have amazing spatial reasoning, giving them the ability to understand LEGO structures and doll houses in an instant and greatly increasing productivity. Due to all this movement and excitement, elves would burn a lot of calories -- they'd be naturally slender, unlike Santa.

The 2004 movie "Elf" would have you believe an elf's diet is "mostly candy, candy canes, candy corn and syrup." Although it's easy to imagine elves loving candy, they would need to stick to a healthy diet in order to maintain their high level of activity.

In the next section, we'll look at elf duties.

For such little people, elves are an extremely important part of many different cultures. Ireland has leprechauns, tiny elf-like creatures who use all their cunning and mischief to hide their stash of gold. Iceland, on the other hand, has "hidden people," taller elves considered sacred and more powerful than humans. Icelanders believe very strongly in the existence of these elves -- so strongly that they avoid building around areas that townspeople consider inhabited by elves. The Dutch version of Santa Claus, St. Nicholas, is accompanied by a controversial character named Black Pete. As St. Nick needed help keeping track of naughty children, Pete is there to record names and whip any boy or girl who wasn't up to par. 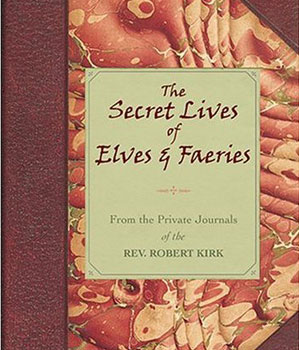 Although elves might have a natural drive for crafting everything from wooden rocking horses to Xbox 360s, we assume that they would still have to attend elf school.

Elves would need to learn several basic subjects in order to function correctly in the workshop, and curriculum would include courses such as Woodworking 101, Computer Science and Technology, Locomotives (Large and Miniature) 101 and Advanced Return Policies. Once an elf graduated with enough elf school credits, he or she could probably gain clearance to perform a wide variety of duties in Santa's workshop.

The reindeer would also need to be taken care of. The most logical explanation is that elves would be in charge of training and feeding the reindeer, as well as keeping the stables clean. And once Santa was ready to go, Rudolph and company would have to be in top form. We'd like to imagine that Rudolph might even have a rider that ensures that his nose is polished daily and red and green M&Ms are widely available throughout the reindeer compound.

This would, of course, lead to a minor rivalry with the reindeer. Since elves are small they wouldn't have too many chances to see things from a higher point of view -- the North Pole and the surrounding Arctic terrain are fairly level, in fact. So since the reindeer could have the ability to fly and get to guide Santa's sleigh all around the world, the elves might be a little jealous. They would rarely get to fly with Santa on Christmas Eve -- they'd be quite busy monitoring Santa's flight path back at the North Pole.

With all the hustle and bustle leading up to Christmas, would Santa's elves ever get a break? Once Christmas is over, there would still be a few more days of work -- Santa couldn't be perfect and might mix presents up, so the elves would take care of refunds, returns and exchanges. By New Year's Day, the elves might be ready for a break, though, and they'd head out on a much-deserved vacation. Their ideal destination? Perhaps Scandinavia -- although it's very cold there during late winter, it's warmer than the North Pole. Elves might even enjoy staying in ecolodges and taking a dip in the many geothermal hot springs. Much of elf folklore originates from Scandinavian countries, too, so it makes sense that they would want to visit their homeland.

We'd like to think that elves also get health insurance -- after all, expending a lot of energy might lead to some clumsy scrapes and scratches. But health care is expensive. Could it be that they visit an undisclosed Canadian health insurance agency?

Why Do We Trick or Treat?
Halloween Decorations
5 Ways to Make Some Halloween Noise