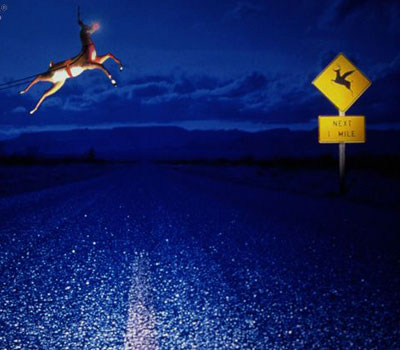 It's no wonder Rudolph the red-nosed reindeer is the most famous member of Santa's team -- on top of being a skilled flyer, his nose, as his name suggests, glows bright red. This unusual variation on the reindeer nasal prominence could have all kinds of benefits, the most important of which would involve guiding Santa's sleigh.

According to folklore, if the weather's ever bad on Christmas Eve, Santa's cleared for flight -- by the FAA, for that matter -- thanks to the brightness of Rudolph's nose.

But how does Rudolph's nose actually work? How could one reindeer create a light bright enough to lead­ a sleigh through darkness and inclement weather? And how could a reindeer actually develop a red nose?

Although no one may ever know for sure just how Rudolph got his unusual nose, we at HowStuffWorks have what we think is the most logical explanation for how the doe-eyed deer guides Santa's sleigh: science.

In this article, we'll look at the scientific explanations behind Rudolph's nasal beacon.