The Iowa Caucus Through the Lens of the Media

New Hampshire has a state law that says it must be the first state to hold a primary in a presidential election. But because Iowa holds a caucus rather than a primary, it has remained the first state to hold any kind of vote on candidates for both parties since 1976. As such, Iowa has been consistently important in presidential campaigns since the 1970s. Many point to the media as the true creator of the prominent political role that Iowa enjoys.

It began with George McGovern. His better-than-expected showing at the 1972 Iowa caucus gave his campaign a shot in the arm and caught the attention of the media.

Just four years later during the 1976 presidential race, Democratic candidate Jimmy Carter spent a year conducting a grassroots campaign in the state, and was rewarded with a huge victory in the caucus. Since then, candidates have spent an inordinate amount of time canvassing in Iowa in order to bolster support.

And where the candidates go, so does the press.

Johan Bergenas, senior director of public policy at Vulcan Inc., argued while he was a political science student at the University of Iowa that the media's presence is what lends such weight to the Iowa caucus. The media "pin both expectations and labels on candidates, such as 'dark-horse' or 'long-shot,' in the search for news," Bergenas says. "If the candidate does not fulfill expectations or cannot carry the label, he or she might not be portrayed as viable by the media."

For instance, if a candidate is expected to do poorly but makes a surprisingly good showing at the Iowa caucus — even if they didn't place first — they can receive a tremendous amount of good press. That positive coverage could boost their bid for the candidacy, and might even send them into the top position.

However, a candidate who is expected to do well in Iowa, and doesn't, could get so much negative press they may decide to drop out of the race.

But does Iowa deserve the power that it yields? Some observers scoff at the importance placed on a state with so few people, but time and again, the impact Iowa's caucus has on elections is undeniable.

As long as Iowa is able to hang onto its status as first in the nation, it appears that it will keep its prominent place in the nation's political climate. 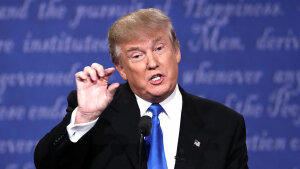 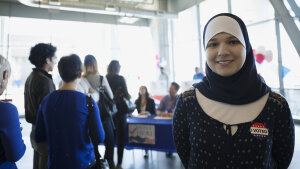 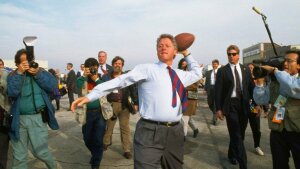