Homeless Americans Can Vote, But It Isnât Easy

by Dave Roos Aug 6, 2018
Literature is passed out during a voter registration drive sponsored by The Partnership for the Homeless, Sept. 29, 2004, in New York City. The group had registered 2,000 homeless people and planned to register more before the November election. Spencer Platt/Getty Images

If voting is the cornerstone of American democracy, then why does it have to be such a pain? Election Day in the U.S. is always a Tuesday, smack in the middle of the work week. If you move to a new state or county, you need to re-register. State voter ID requirements change all the time, so you could show up to a polling station, wait in line and still get blocked from voting.

Now imagine that you're homeless in America. You move so frequently that it's nearly impossible to maintain a stable mailing address. You've never had a driver's license and your Social Security card was lost years ago. You can't afford transportation to the county elections office or your local polling place. And frankly, you have a lot more pressing problems than registering to vote.

So, while homeless people have every right to vote in U.S. elections (and may want to if only to influence policy on housing and poverty), the obstacles to successfully registering and voting while homeless can be insurmountable.

First, there's the residence and mailing address issue. Interestingly, none of the 50 states requires that voters live in a traditional residence. On voter registration forms, you can put a homeless shelter address, a street corner, a park bench — you can even attach a hand-drawn map.

That's fine for establishing that you're a resident of the state and county, but many states also require that you provide a mailing address where you can actually receive mail. Again, that can be a shelter, or a friend or relative's house, but it can't be a P.O. box and it can't be a park bench.

While it's easy for most Americans to provide an alternative address where we could receive mail, that's often not the case for people struggling with homelessness. And without a fixed address to receive election notices from the county clerk's office, homeless voters can be wiped from voter registration rolls.

"It's important to remember that homelessness is an inherently unstable state," says Tristia Bauman, senior attorney with the National Law Center on Homelessness & Poverty. This state is made even more unstable by local laws that criminalize sleeping or camping in public places. "Those laws have the effect of displacing people from the areas where they normally live and have connections. The lack of an address and the lack of ability to stay in one location lawfully conspire to make it ever more difficult for homeless people to register to vote or vote by mail," she says.

Lack of identification is another big challenge for homeless voters. As of 2018, there are 10 states with "strict" photo ID or non-photo ID laws, meaning that you cannot vote on Election Day without presenting some kind of valid government-issued identification. Another 24 states have "non-strict" voter ID laws that allow voters without an ID to sign an affidavit swearing to their identity.

Even in states without voter ID laws, first-time voters registering online or by mail are required to provide a driver's license number or copies of a utility bill, bank statement or other document certifying their residency. If they fail to provide identification during first-time registration, they'll be asked to show an ID on Election Day.

While obtaining a driver's license or state-issued ID is free in most states, that doesn't mean it's easy for a homeless person to jump through the administrative hoops to make it happen. Poor, elderly and homeless people are far more likely to not have a state-issued ID, which is why voter ID laws have been challenged as discriminatory.

Then there's the issue of safeguarding personal property. Even if a homeless person is lucky enough to have an ID in their possession, there are many ways for those documents to get lost or stolen, even at the hands of police.

"Local governments often respond to illegal homeless encampments by coming in and doing a 'clean up' that results in the seizure and destruction of a homeless person's property," says Bauman. "You could potentially lose your ID or your birth certificate or Social Security card or any of the other prerequisite items that you need to register."

The good news is that homeless advocacy groups like the National Coalition for the Homeless have created resources like this homeless voting rights guide to help homeless shelters, drop-in centers, food pantries and other nonprofit groups organize voter registration drives to help homeless individuals register and get to the polls.

And despite the daunting bureaucratic hurdles facing homeless voters, there are a handful of states that specifically offer exemptions for homeless citizens, a trend that hopefully continues. In Indiana, for example, which is a strict photo ID state, you can register and vote without an ID if you claim "indigent" status. And in Oregon, homeless voters can use the county election office's address as their mailing address.

Now That's Cool
North Dakota is the only state that doesn't require voter registration at all. Voters can simply show up at any polling station on Election Day and vote. (You still need proof of residency, though.)

The Scutoid: How We Discover New Shapes

Mars Has an Actual Lake 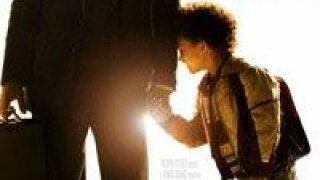 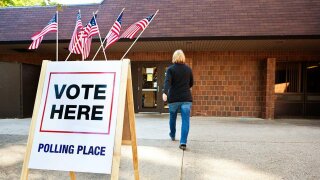 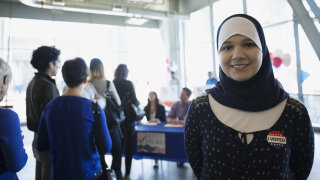