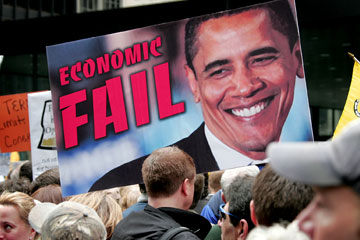 The Tea Party was born out of outrage over the federal government's costly initiative to rescue the U.S. economy from a debilitating recession. See more election memorabilia pictures.
Scott Olsen/Getty Images

On the night of Dec. 16, 1773, about 150 American colonists boarded a trio of ships in the Boston Harbor and hoisted hundreds of tea-stocked chests into the surrounding water [source: Silverman. The Boston Tea Party was the result of simmering resentment against the British government that had finally boiled over into outrage. American colonists lacked any direct representation in parliament, and the government overseas had been levying a series of taxes on them, sparking the revolutionary war cry, "no taxation without representation." Demonstrating against the Britain's fiscal manipulation that wintery night, the Massachusetts colonists organized one of the first major acts of rebellion that would eventually herald the American Revolution.

On Jan. 21, 2008, long after the United States had divorced itself from Great Britain and become responsible for its own financial policies, a plunge in stock prices officially marked the beginning of an economic recession [source: Harris]. As unemployment spiked around the country, a newly elected Obama administration began piecing together a massive stimulus package, the American Recovery and Reinvestment Act, intended to reinvigorate American banks and businesses like pouring gasoline into a car's empty tank. But not everybody favored the federal government investing more than $800 billion into the recovery effort, and revolutionary-era mantras, including "no taxation without representation" began stirring among some politically conservative groups.

Even before President Obama officially took office, a part-time trader posted a provocative directive on an online Wall Street forum that went viral. Riled by the notion of the government dipping into the public coffers in order to bail out private institutions, Graham Makohoniuk fired off, "Mail a Tea Bag to Congress & Senate" on the Market Ticker Forums [source: Skarda]. As the 21st-century Boston Tea Party spirit quickly spread among likeminded conservatives dismayed by the Obama administration's stimulus package and dwindling job and retirement prospects, tea bags began arriving in Congress members' mailboxes, protests sprang up in hundreds of cities, and within weeks, the Tea Party movement was born. 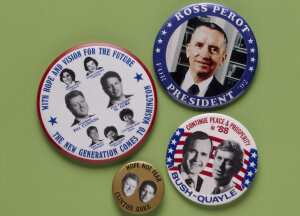 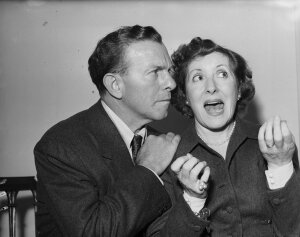 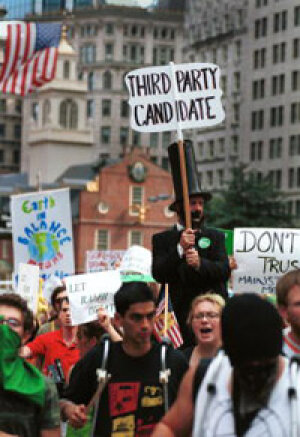