What Does a Governor Do? 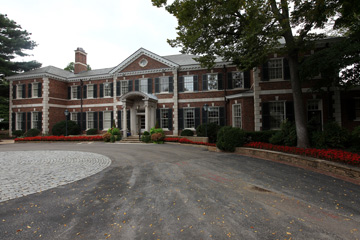 The exterior of the Governor's Mansion in Nashville, Tenn. The mansion recently underwent a six-year, $18 million restoration.
AP Photo/Josh Anderson

A governor is the state's highest-ranking elected official, but his or her actual duties are more varied than, say, an elected member of the state legislature, whose main role is to propose and vote on new legislation. A governor's responsibilities vary from state to state depending on the constitution within that state.

A governor's official duties can include signing bills into law, serving as commander-in-chief of the state's National Guard and militia forces, convening special sessions of the state legislature, delivering a "state of the state" address to citizens, granting commutations and pardons to prisoners and appointing people to various judicial and state offices.

The governor is also a high-profile member of his or her political party and has much sway over its policies. In effect, the governor of each state is similar to the U.S. president, but on a smaller scale. The governor leads the executive branch of each state, whose job it is to carry out the governor's policies. They even live in an official residence administered by the state, known as a governor's mansion.

The governor also influences decisions made by the state's legislative bodies. He or she can push for various bills and policy initiatives to pass. A governor can use his or her standing to commend or criticize a bill in the legislature. In some states, the governor can also veto a bill once it has passed, although this is rare -- in California, only about 7 percent of bills get vetoed [source: California State Government Guide]. In some states, a governor has the power of line-item vetoes, which is the ability to eliminate certain specific items from the proposed state budget.

A governor is also the ceremonial head of state and often hosts dignitaries from other states or countries. He or she uses their position to bolster the state's standing in the world, to attract new businesses and industries and to form partnerships with other governments. A governor also attends public events and ceremonies and visits with constituents across the state.

Next, we'll take a look at how governors are elected.

HowStuffWorks: What is The Center for Civic Innovation?

HowStuffWorks: How did BlocPower get started?

HowStuffWorks: What is Invest Atlanta?