What does an auditor general do? 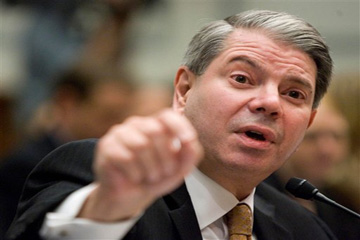 Every year, the federal government takes in trillions of dollars in tax money and spends it on a variety of programs and projects. Every U.S. state takes in billions of tax dollars as well. Is there someone keeping track of how the government is spending all that money, making sure it's used effectively, and watching out for waste? Someone who acts as a sort of accountant for the government? Luckily, the auditor general takes care of all of this.

An auditor general is sometimes known as a comptroller, or just controller. (For the record, the word "comptroller" was originally two French words combined into a single word. It's technically pronounced like "controller," though you may hear it pronounced phonetically) [source: Merriam-Webster]. Auditors general exist at virtually every level of government, and many corporations have them as well. The most important auditors general work for state governments. The U.S. federal government has one as well -- the Government Accountability Office (GAO) is headed by the Comptroller General of the United States.

The job of the auditor general revolves around tracking government finances, so accounting experience is a must. Most auditors general have accounting degrees and years of governmental management experience. Often they work their way up through a state's accounting department (often known as the Office of the Auditor General), even serving as deputy auditor general before being appointed to the top job. It's rare to see someone appointed to an auditor general position directly from a career in the private sector, since getting a political appointment requires some political connections. Many auditors general also have worked in local or state politics.

For elected auditor general positions, there might not be any specific qualifications. While a solid background in accounting would seem like a good way to attract voters, someone with little experience in the field can get elected if they have a reputation for cutting down waste and corruption -- or they have a large election fund.

An auditor general oversees the state budget and programs and eliminates waste wherever possible. The office isn't purely focused on budget issues, however. An auditor general also has to make sure programs are performing their intended goals, that state departments and commissions are following laws and regulations, and that state resources are being used properly [source: State of Arizona Office of the Auditor General]. In addition, they set benchmarks, and accounting as well as reporting procedures for other state departments and programs.

An auditor general's specific authority and scope of his duties vary from state to state, and are defined by state law. For example, some state comptrollers have to approve a state budget before the governor can sign it, while others don't get directly involved with budget approval. All auditors general are supposed to maintain an impartial and apolitical stance, with their only goal being keeping the state government running smoothly. An auditor general is more like a business position than a political one, although politics can play a role in practice.

Here's a hypothetical example that shows how an auditor general's office works. The Florida State Legislature passes a law declaring that high school students need to increase their math scores on statewide proficiency tests. They enact a tax on beverages sold at schools; the funds will be used to fund math tutors, after-school math programs and a statewide math contest.

The auditor general would then track the amount of money collected from the tax, the amount actually spent on after-school programs, tutors and contests, and the amount of money used on the bureaucratic machinery required to collect and disburse the funds. Eventually, the office would add data on the math scores to assess the law's effectiveness and possibly offer recommendations on improving the program. If the law seems to be failing, the auditor general might order an investigation to find out why -- was the state hiring unqualified tutors? Were beverages vendors using a loophole to avoid paying the tax?

An auditor general's office can also help resolve conflicts among state agencies. A state environmental commission might find that a commerce commission isn't reporting environmental violations properly. Keeping separate parts of the state government running smoothly together can be an important responsibility of the auditor general.

Why Does the Secret Service Protect a President's Adult Children?
Here's What Happens in the U.S. President's Daily Brief
'Lazy Americans': Is U.S. Voter Turnout Really Too Low?