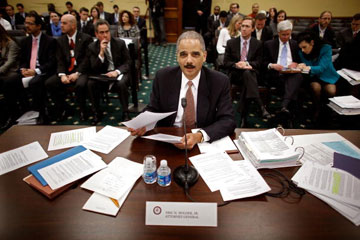 Holder's position in the government is obviously an important one. As attorney general, Holder guides the world's largest law office and leads the agency responsible for enforcing federal laws.