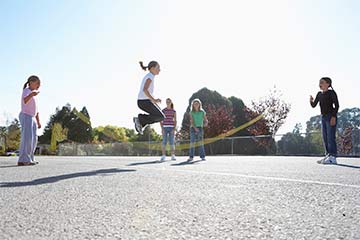 Much folklore is passed on by children, for instance in the form of chants recited while jumping rope.
Fuse/Thinkstock

Since folklore comes from people -- from us -- it can be found everywhere. And since people can be divided into countless types of groups (sex, religion, age, ethnicity, nationality or income), you're likely part of many different groups that create folklore. Three of the most basic are children, families and communities [sources: Jaffe, Thompson]: