Is it true that drowned women always float face-up? 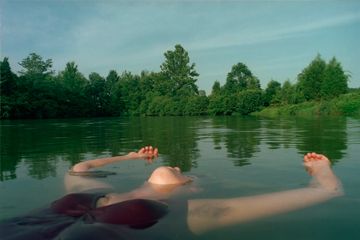 In truth, whether or not a drowned body floats faceup or facedown depends more on scientific and forensic factors than the sex of the deceased.
WIN-Initiative/Getty Images

Folklore — legends, songs, traditions, superstitions and art — is an essential part of any culture. It's passed down through generations, sometimes twisting and turning along the way, but remaining generally the same. Much folklore is nearly impossible to trace back to its origins. For example, if you ask someone, "Why is a four-leaf clover good luck?" they'll probably respond, "Because that's what I've always been told." However, that doesn't stop us from trying to find out where the stories in our culture come from.

One piece of American folklore usually passed around as fact is that drowned women always float faceup. Is this true? Some will say this is merely a myth, the origins of which are a mystery. Some point to a passage in a famous work of literature. And some get straight to the science.

But you, if all your lovers' frozen hearts
Conspired to send you, desperate, to drown —
Your maiden modesty would float face down.

Another literary instance of the rule of drowned women always floating faceup appears in Mark Twain's novel "Huckleberry Finn." When Huck learns of his father's drowning, he insists it can't be true, because the dead body was found facing up. Huck says, "I knowed mighty well that a drownded man don't float on his back, but on his face. So I knowed, then, that this warn't pap, but a woman dressed up in a man's clothes."

In truth, whether or not a drowned body floats faceup or facedown depends more on scientific and forensic factors than the sex of the deceased. The majority of drowned bodies initially float facedown, due to the weight of the arms and legs dragging the body downward. However, people with excess fat in the breasts or stomach may float faceup — making it more likely that women might float faceup more than men.

Check out the links on the next page for more about folklore.

Why are mermaids on ships' prows considered good luck?
Ghost Stories
The Phrase 'Riding Shotgun' Came Way After the West Was Won