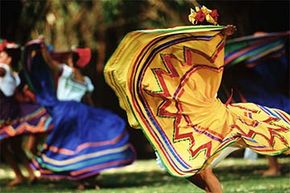 Mexican folk dancers swirl their colorful skirts at a performance in Los Angeles. Folklore is a mix of music, dance, stories, celebration traditions and other rituals.
Larry Dale Gordon/Getty Images

The tale of Brer Rabbit. The rain dance performed by many Native American tribes. Those silly chain letters that implore you to pass them on, stat, lest misfortune strike. All of these are examples of folklore, an all-encompassing, sort-of-hard-to-pin-down concept. Folklore is myth and legend, art and dance. It's rituals and special birthday meals, how you treat a cold and the ghost stories you told each other as kids. It permeates every culture on Earth, connecting people to their collective past while helping them make sense of the present. Folklore doesn't have to mean something that is old or "rural." It's constantly changing, always fresh, yet always grounded in the past. The American Folklore Society notes that it has no official definition for "folklore" because folklorists define it in so many different ways.

Folklore has been around as long as people have. Yet the term "folk-lore" (as it was originally styled) wasn't coined until 1846, when English scholar William J. Thoms came up with the word [source: The Ohio State University]. Previously, more awkward phrasing was used to describe it, such as "popular antiquities" and "bygones." Originally passed on orally, folklore (tales, proverbs, jokes) became written as well around the 16th and 17th centuries [sources: Jaffe, Thompson]. Before that, writers might have drawn inspiration from folktales, but they did not actually record them.

Many forms of folklore are common to people around the world, even if they don't live near one another, speak the same language or have any discernable connection. Frogs and toads, for example, are at the center of innumerable pieces of folklore. In many Chinese stories, the central trickster is a toad; in medieval Europe, frogs were seen as evil imps who accompanied witches. But they were also viewed as masters of transformations – most everyone in Western culture knows the tale of the frog prince [source: Wanner].

Similarly, many cultures have creation myths involving a great flood [source: House]. Perhaps the most important thing we can learn from folklore, then, is that it shows people are essentially the same no matter where they live, or how long ago they walked the earth. 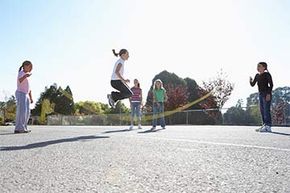 Much folklore is passed on by children, for instance in the form of chants recited while jumping rope.
Fuse/Thinkstock

Since folklore comes from people -- from us -- it can be found everywhere. And since people can be divided into countless types of groups (sex, religion, age, ethnicity, nationality or income), you're likely part of many different groups that create folklore. Three of the most basic are children, families and communities [sources: Jaffe, Thompson]:

What Are Some Folklore Genres? 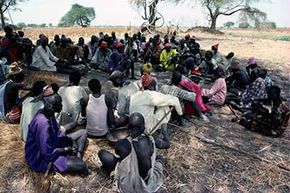 Folklorists -- those who study folklore -- classify the subject according to various genres, or categories. The broadest categories are oral, material and belief [sources: Jaffe, University of Illinois at Urbana-Champaign]:

Similarities and Differences in Folklore Around the Globe

The world is rich with folklore. And while much folklore is specific to a region, language or community, it can also span the globe. Let's look at some examples of regional folklore first.

In Southeast Asia, the Chinese, Japanese, Koreans and Thais all share a myth about a rabbit in the moon who is using a mortar and pestle. In the Chinese tale, the rabbit is making medicine. In the Japanese and Korean versions, he's crafting rice cakes. In the Thai tale, he is dehusking rice. Never mind exactly what he's doing; a rabbit is in the moon with his mortar and pestle. (It's based on what notion that when you look at the moon you can see the shape of a rabbit with a mortar and pestle). Folklorists note similar tales among neighboring peoples isn't surprising, as stories can easily cross borders. Plus, any given "people" may have lived in nearby areas in previous eras [source: ColorQ World].

Another regional similarity in folklore involves numbers. In Europe, most folktales revolve around the number three, possibly as a nod to the Christian doctrine of the trinity, which says God exists as three separate entities -- the Father, Son and Holy Spirit. So, European tales might feature three brothers or three wishes. Native American myths also feature a common numeral, but it's the number four, said to represent their homage to the earth and its four directions: north, south, east and west [source: House].

Interestingly, you can also find similar tales in countries far apart from one another. Stories featuring composite creatures such as mermaids and centaurs are common in Cameroon, Greece and Malaysia; tales of underwater civilizations have long been told in Peru and China; and the people of Brazil and Vietnam have traditions of stories about animals morphing to shape-shifters. This phenomenon may be another example of how people are the same the world over -- that humans share a common imagination [source: ColorQ World].

Humans also share a need to explore certain themes. Thus, the vast majority of cultures have stories about ghosts, the resurrection of the dead and the origin of the world. In addition, most cultures have spawned tales to explain the more intriguing creatures that live among us. Frogs and toads, as mentioned earlier, are commonly used in folktales, most likely because their life cycles involve the transformation from tadpole to adult [source: Wanner].

The bottom line? Folklore, common or unique, is everywhere, just waiting to be passed on, tweaked or created anew. Time to get going and do your part.

Tricksters, part of oral folklore around the world, are mischievous characters -- often anthropomorphized animals -- who use their cunning and humor to compensate for their lack of brute strength. Some of the more popular folk tales in America involve the trickster Brer Rabbit. In the various tales, the scrawny rabbit continually saves his hide by outwitting foes Brer Bear, Brer Wolf and Brer Fox. The Brer Rabbit stories originated in African folklore and were brought to America during the slave era [sources: American Folklore, Encyclopaedia Brittanica]. The most famous story is "Brer Rabbit and the Tar Baby." In it, Brer Fox makes a doll of out tar and puts it by the side of the road. Brer Rabbit spies it, and thinking it's real, says "hello" to it. He gets enraged when it doesn't reply and attacks the doll – to which he gets stuck. Along comes Brer Fox who gleefully announces that he's finally got his hands on Brer Rabbit and can now kill him. Thinking fast, Brer Rabbit says, "You can do anything to me but please don't send me to the briar patch!" Which is exactly what Brer Fox does and what Brer Rabbit wanted him to do. Once he lands in the briar patch Brer Rabbit frees himself of the tar baby and goes along his merry way.

I'm part-Bohemian. One of our enduring family stories is about an ancestor who was secret royalty. The baby boy, an illegitimate love child, was supposedly dropped off in the middle of the night to my Bohemian peasant ancestors, who raised him. Every year until the boy turned 18, a coach came in the night and gave my ancestors some money for his upkeep. Some say stories of secret royal connections are common among Bohemians. If so, this story is part of their community folklore. If not, it's part of my family folklore. Now I just need to determine if I resemble any of the current crop of European royals ... 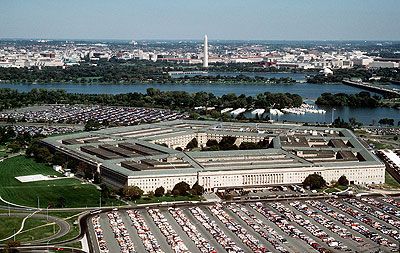 Up Next
How Conspiracy Theories Work
Explore More 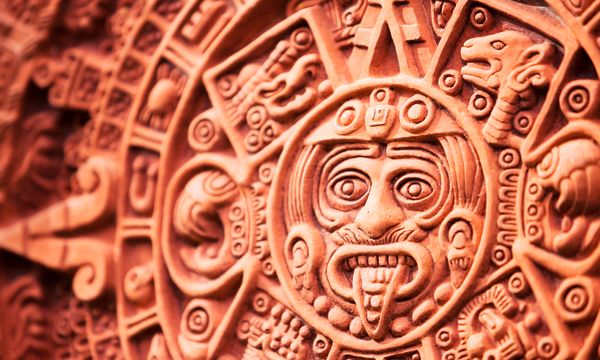 You May Like
How the Mayan Calendar Works
Explore More 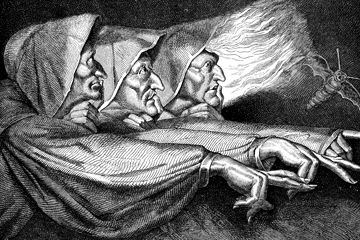