Why is a rabbit’s foot considered lucky? 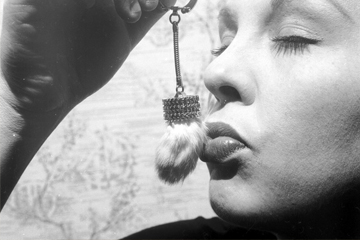 Why do some believe that a rabbit's foot is lucky? It all goes back to totemism.
Jacobsen /Three Lions/Getty Images

There are hundreds, perhaps thousands, of superstitions the world over, but none are more important than the one you personally subscribe. And if you believe in lagomorphs of fortune, losing a lucky rabbit's foot signals bad luck as surely as carrying it promises to bring good luck.

Thousands of years ago, people in Western Europe were toting around the foot of a hare, the rabbit's larger relative, because they believed the limb was imbued with magical properties. Eventually, both a hare's foot and a rabbit's were considered lucky. After all, it isn't easy to distinguish between the two once they're separated from their original owners.

The belief that a rabbit's foot could be charmed, and therefore help one lead a charmed life, began as an offshoot of totemism. This belief in a spiritual connection between humans and other living beings dates back thousands of years. A tribe that considered itself descended from hares or rabbits worshiped the animals and carried parts of them for luck. The foot was particularly lucky; it was a phallic symbol, a totem that represented not only good fortune, but also increased fertility and a bountiful harvest. Celtic tribes believed rabbits spent so much time underground they could communicate with gods and spirits, so, naturally, carrying a rabbit's foot would be lucky [source: Panati].

The luck of the rabbit's foot endured generations and crossed into modern culture. By the 16th century, the rabbit's foot was mentioned in literature as a way to ward off aches and pains. It shows up again in African American hoodoo, a combination of African folk legend and European tradition, and by the 20th century, had taken on a set of specific rules. For example, the left rear foot of a rabbit was luckiest. Better still was the left rear foot of a rabbit killed in a cemetery at midnight. It seems the rabbit's foot was a counterculture talisman, able to take the worst kinds of evil and subvert them by its very existence [source: Treadwell].

While people still carry rabbit's feet (often as a keychain), many nowadays are synthetic, which is certainly good luck for rabbits.