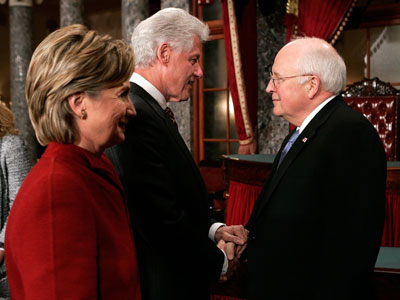 ­The vice president's presiding powers over the Senate are largely hamstrung by the strict rules order the Senate adopted centuries ago. During the leisure time afforded during his vice presidency, Thomas Jefferson wrote a procedural handbook that the Senate and the House still use as a guide today.

The vice president's main power is the ability to cast the tie-breaking vote in the Senate. This isn't as powerful as it sounds. Senate leaders commonly lobby for support for a bill before they call for a vote on the Senate floor. So senators know ahead of time whether a bill has enough votes to pass. What's more, the Senate president's vote only counts if the vote is affirmative; essentially the vice president can only vote yes. That's due to Senate procedural rules that state a bill has been defeated if a tie is reached. The only effect a vice president can have in a tie breaker is if he or she votes yes to break a tie, since a no vote on an already defeated bill is useless.

Find out about the support and staff the vice president enjoys on the next page.