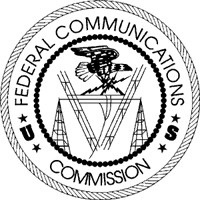 Here's an increasingly common scenario: A "shock jock" goes on the radio every day and is generally obscene. He's raunchy, sexist, racist, or, in most cases, all of the above. And that's really the point; it's his thing. Then one day, he says something that really offends a lot of people -- more than usual. All of a sudden, he's in trouble -- he's broken the rules, and there will be consequences.

But whose rules have been broken? What are the consequences? And who decides where the line is?

In the United States, it is the Federal Communications Commission, or FCC. And its jurisdiction doesn't stop at radio, but also extends to television, the Internet and really any form of communication extended over air or wire.

The FCC's crackdown on indecency on radio and television has left a lot of people wondering about the FCC, what they do and how much control they really have over what we listen to and watch.

When pop superstar Janet Jackson exposed a breast during the 2004 Super Bowl halftime show, it kicked off a deluge of more than 200,000 complaints to the FCC from offended viewers. As a result, the NFL, CBS and MTV (who produced the halftime show) came under fire from the FCC. When Dale Earnhardt, Jr. used the s-word on the air during an interview after a NASCAR race in October 2004, the Parents Television Council filed a complaint with the FCC against every NBC station that was covering the race and aired the interview.

So what can the FCC do about it? In this article, we'll explain how the process works. 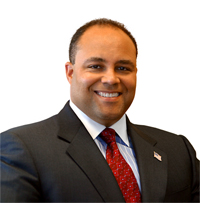 This is an area that communication companies would like cleared up. Clear Channel -- owner and programmer of more than 1,000 commercial radio stations -- has asked the FCC to assemble a "Decency Task Force" that would create specific guidelines that broadcasting companies could use to navigate the tricky lines of decency. Until such guidelines are produced, broadcasting companies are forced to regulate themselves.

In the case of Clear Channel, this self-regulation has come in the form of their "Responsible Broadcasting Initiative." The company has instituted several programs under this banner, including a zero-tolerance policy for indecent and obscene content, decency-training initiatives, and automatic suspensions with investigations for any employee drawing FCC attention for on-air indecency violations. This directive cost famed shock jock Bubba the Love Sponge his job. Bubba and the self-proclaimed "King of All Media" Howard Stern both moved to Sirius satellite radio. Currently the FCC does not have jurisdiction over satellite radio program content.

Clear Channel's reaction to FCC pressure has left many people wondering if the grey area surrounding the definition of indecency has given the FCC a "blank check" to wield pressure on the broadcast industry. Another concern is the FCC's own apparent inconsistency. When U2 front man Bono said "This is really, really, f---ing brilliant" at the Golden Globe Awards in 2003, shocked viewers complained to the FCC about the profane word being broadcast on primetime TV. The FCC's Enforcement Bureau Chief David Solomon responded by explaining, "The performer used the word... as an adjective or expletive to emphasize an exclamation." According to the FCC, this was not a violation because the statement "did not describe sexual or excretory organs or activities" [ref]. Many outraged viewers disagreed. And, now, apparently so does the FCC.

In March of 2004, the FCC overturned its previous decision and now asserts that the "f-word" is verboten on public airways. (Oh, and if you're wondering, no fine was imposed on Bono.)

The question still remains: Is the ability to police decency in broadcasting actually in the hands of the FCC, which has established no concrete guidelines? Or is it up to the individual companies to do what they think is best? How does public perception play into all this?

As it stands now, the FCC relies largely on public complaints to direct them toward FCC violations. Using the power granted to it in the Communications Act, the FCC determines the validity of these complaints on a case-by-case basis. If the reported instance is judged to be indecent or obscene, then the Commission penalizes those FCC license holders. In fact, under the direction of its current chairman Michael Powell, the FCC has increased penalties with H.R. 3717. This bill raises the fines for obscenity and indecency considerably.

The FCC does not, however, have the ability to violate First Amendment rights regarding the freedom of speech. This, too, is outlined by the Communications Act and supported by the courts. But in most cases, the FCC doesn't end up facing this issue head-on. It only influences the content decisions broadcast companies make, through hefty fines and license revocation. Technically, the FCC is not the party enforcing the suspensions in these cases. Additionally, the FCC has built an elastic clause into its policy that states that obscenity is not protected under the First Amendment. And because the FCC itself decides what is obscene, it's legally in the clear in most situations.

As with many agencies in the U.S. government, you do have a voice in the FCC's decision-making process. The FCC has made itself open to public comment when considering rules and/or regulation issues.

To learn about current proposals, you can go to the FCC's Web site at www.fcc.gov. To file a comment with the FCC, check out its Electronic Comment Filing system at www.fcc.gov/e-file/ecfs.html. You can get instructions for filling out these forms by e-mailing the FCC at ecfs@fcc.gov. You can also submit your comments by mail. To find out these procedures, contact the Office of the Secretary by phone at 202-418-0300 or 202-418-2970 (TTY only).

For more information on the FCC and related topics, check out the links on the next page.

From Prison to Peace Park, a Plan for Guantanamo
What Would a Brexit Mean for the United States?
How Ordinary Citizens Can Get Congress to Actually Listen