17 People in Line for the Presidency

by the Editors of Publications International, Ltd.
Next 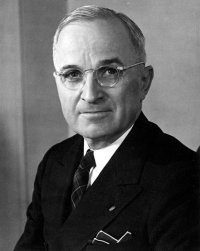 It's common knowledge that if the president of the United States dies or is removed from office, the vice president takes over. But what happens if the V.P. is unavailable?

President Harry Truman signed into law the Presidential Succession Act of 1947, placing the Speaker of the House second in line for the presidency and creating the following order of successors to the White House.

Here is our list of 17 people in line for the presidency:

2. Speaker of the House of Representatives

3. President Pro Tempore of the Senate

5. Secretary of the Treasury

8. Secretary of the Interior

12. Secretary of Health and Human Services

13. Secretary of Housing and Urban Development