The Evolution of the U.S. Vice Presidency 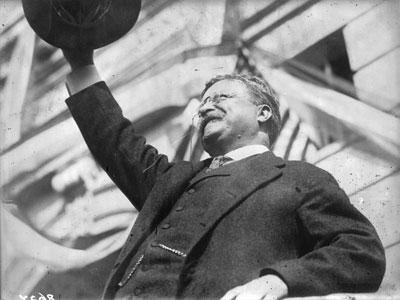 ­Throughout the 19th century, the vice president had no real role in government outside of his duty as Senate president. This changed with Theodore Roosevelt. Following the assassination of the president, William McKinley, in 1901, Roosevelt ascended to the presidency and became one of the most active and popular presidents in American history. President Woodrow Wilson's vice president, Thomas Marshall, became the first in 116 years to attend Cabinet meetings (the last vice president to do so being John Adams).

Roosevelt also had a major indirect influence on the vice presidency; he kept his last vice president, Harry Truman, out of the loop on secret projects, such as the Manhattan Project to create a nuclear bomb. When Roosevelt died in office, Truman took over in 1945 as a wartime president without any sure knowledge of the bomb. Four years later, Congress passed a law that requires the vice president have a permanent seat on the National Security Council, which briefs and advises the executive branch on military and intelligence.

In the modern era, presidents have given more responsibilities to the vice president. President John Kennedy put Vice President Lyndon Johnson in charge of the space program and the development of NASA. Under President Gerald Ford, Vice President Nelson Rockefeller headed a committee that investigated abuses by the CIA, including the testing of LSD on unsuspecting Americans.

Take a closer look at the roles and responsibilities of the U.S. vice president next.