Constitutional Provisions for the Vice Presidency 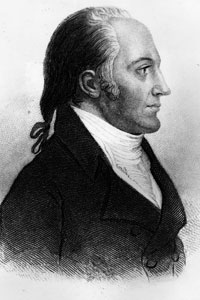 Aaron Burr tied with Thomas Jefferson in the 1800 presidential election through more than 35 ballots. The tie led Congress to pass the 12th Amendment.
MPI/­Getty Images

Because the office of the vice president was created almost as an after­thought by the framers of the Constitution, Congress has clarified and defined the role over the years through constitutional amendments.

The original provision for the election of a vice president -- that of runner-up for the presidency -- was soon revealed as flawed. In the 1800 election, Thomas Jefferson and Aaron Burr received the same number of electoral votes. The House of Representatives, charged with voting in the event of an electoral tie, cast their ballots -- and received the same deadlock 35 times. Ultimately, Jefferson won, but the experience was enough for Congress to create the 12th Amendment to the Constitution in 1804, setting up our current system of electors casting different ballots for the president and vice president.

This power grab has never taken place in the history of the United States, and only once has a president transferred power to a vice president since the 25th Amendment was adopted. Prior to undergoing cancer surgery, President Ronald Reagan transferred power to Vice President George H.W. Bush, though it was technically an informal transfer since Reagan didn't invoke the 25th Amendment.

­Throughout the history of the vice presidency, those who've held the office have helped mold and shape it. Read about the evolution of the U.S. vice presidency on the next page.