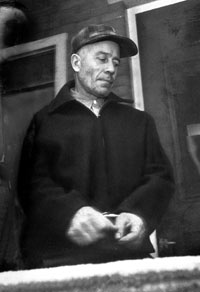 Ed Gein, the inspiration for the Buffalo Bill character in ­"The Silence of the Lambs"
Francis Miller/Time & Life Pictures/

Determining the signature and the MO are both aspects of profiling. The FBI's Behavioral Sciences Unit developed the process of profiling in the 1970s, and Ted Bundy was one of the first serial killers to be profiled. Studies by psychologists and psychiatrists and information gleaned from past serial murders go into the creation of the profile, along with crime-scene information and witness statements. For example, if the victim is Caucasian, the killer is probably Caucasian. If the crime scene shows evidence of careful planning, the killer is likely to be intelligent and older. If the victim was mutilated in a very disorganized way, her killer is probably schizophrenic, and schizophrenics are more likely to be very thin and unkempt [source: Vronsky].

Profiles are not 100 percent accurate, but they're usually found to be very close. According to Robert Keppell, the detective who took Bundy's confession, the profile assembled for Bundy's crimes was perfect, "even to the point where they predicted he'd have a step-brother and that's what he had" [source: Bellamy].

Once the profile is completed, investigators can look at the existing list of suspects and determine which are most likely to have committed the crime and determine how best to capture him. Some organized serial killers, such as Dennis Rader (the BTK Killer), feel the need to taunt the police, which sometimes leads to their arrest. Rader sent police a floppy disk containing metadata that was traced to his church. Many serial killers, even those who are incredibly organized and methodical, slip up in some way that leads to their arrest. In the case of Jeffrey Dahmer, a potential victim escaped and led police to Dahmer's apartment. Some of John Wayne Gacy's victims had worked for his construction business.

But not all serial killers are caught. Some are arrested or picked up for other crimes, and evidence leads investigators to their murders. Ted Bundy was caught at a routine traffic stop, while David Berkowitz, the "Son of Sam," was initially picked up for loitering and was thought to be a witness to the crimes instead of the killer.

Once convicted, most serial killers either spend their lives in prison or are executed if the death penalty exists in their state. Ed Gein is one exception. At first found incompetent to stand trial, Gein was sent to a mental institution. Later his psychiatrist determined that he was competent, and a judge found him not guilty by reason of insanity. Gein died in 1984 of heart failure.

Most researchers agree that there is no way to "cure" a serial killer. Some serial killers who spent time in mental institutions after committing their crimes or received psychiatric treatment were deemed "cured" and released, but they went on to kill again. Others did not improve after a number of treatment attempts. Peter Woodcock spent 35 years in a criminal psychiatric hospital in Ontario, Canada, after murdering three children. While out on a day pass, he and his security guard escort -- who was also a previously imprisoned killer -- killed another patient.

Until we know more about how to stop serial killers before they start to kill or refine ways of capturing them before they continue the cycle of murder, they will continue to be as much a part of reality as murder itself.

For lots more information about serial killers and related topics, check out the links below.

One of the first films to feature a serial killer was the 1960 Hitchcock thriller "Psycho," based on Robert Bloch's book of the same name and inspired by real-life killer Ed Gein. Gein also inspired the "Texas Chainsaw Massacre" and the character of Buffalo Bill in "The Silence of the Lambs." The latter film also made the public aware of the FBI's profiling and ViCAP system. There are numerous true crime books, novels, films and TV shows devoted to the phenomenon. But why are they so popular? Perhaps people are fascinated simply because what serial killers do is so horrifying. They enjoy the fear that comes with serial killer films and books.

Some people take this fascination a step further. Until recently, a search on eBay for "serial killer memorabilia" turned up personal items of convicted serial killers, including clothing, paintings and letters. EBay banned the sale of these and other "murderabilia" items after protests by victims' rights groups. One Web site sells serial killer action figures, calendars and trading cards.