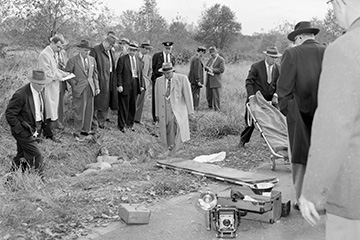 Crimes against children were much less reported in the U.S. in the 1950s. No wonder the Maria Ridulph case was such a sensation (not pictured).
© Kirn Vintage Stock/Corbis

"Hello, little girls. Are you having fun?"

Those were the words spoken by the killer of Maria Ridulph to the 7-year-old and her little friend shortly before Ridulph was abducted and murdered. The crime occurred in 1957 but was not solved until 2012, making it the current contender for the oldest solved cold case.

Today, "stranger danger" is something parents and other caregivers relentlessly discuss with children. Names like Adam Walsh, Elizabeth Smart and Jaycee Dugard have made headlines, inspired Amber Alerts and forced us to live in a more paranoid, doors-locked, alarms-on society. But back in the 1950s, child kidnapping and murder were comparatively rare, so Maria Ridulph's killing stunned and terrified the United States, especially since it occurred in a small town: Sycamore, Illinois.

On Dec. 3, 1957, Maria Ridulph and her best friend, Kathy Sigman met to play at the corner of their street after dinnertime. They frolicked in the snow until a young man who identified himself as "Johnny" approached them. Ridulph was immediately thrilled by the offer of a piggyback ride, as Sigman looked on. Ridulph then ran into her house to grab a doll for another ride, which Johnny was only too happy to give. While she was gone, Johnny asked Sigman if she'd like "another type of ride," specifically on a bus or train. She nervously declined. Ridulph returned with her doll and the dipping temperature sent Sigman inside her own home to fetch her mittens. When she came back a few minutes later, the man and her friend had vanished, with the child never to be seen alive again.

The realization that Ridulph had likely been kidnapped by an unknown man incited a frantic search involving community members, local law enforcement and even the FBI. J. Edgar Hoover (then-FBI head) demanded daily updates. Everyone was on the hunt for the precocious little girl and the man who Sigman described as being good-looking, with big teeth, blond hair worn in a ducktail and a narrow face.

On April 26, 1958, Ridulph's body was found about 120 miles (193 kilometers) away from her home by a man hunting for mushrooms. She was little more than a skeleton and a few rags of clothing by that point [sources: Callahan, O'Neill].

Despite weeks of interrogations, searches and suspicions, the investigation sputtered, died and eventually was closed. Not until 55 years later, would the case be solved. 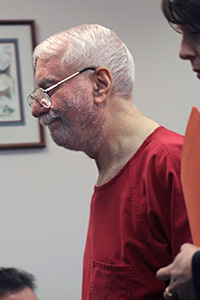 Justice Is Served in the Ridulph Case ... or Is It?

McCullough insists that he's innocent of the crime, and certain members of his family and his defense attorney back him up. Among the alleged holes in the case is a lack of forensic evidence tying him to the crime. Ridulph's doll, which was handled by the killer and recovered hours after the search for the child began, has long since been lost, taking with it the potential for any DNA or fingerprint evidence. His mother's confession has also been called into question, and is impossible to verify since she is long since deceased. The defense also claims that his sister Janet's apparent hatred for Tessier is motive for her to want to see him behind bars. McCullough insists that the photo lineup given to Kathy Sigman was intentionally skewed to get her to select his image over the other men shown, since their pictures were all relatively similar in appearance and his was somewhat different. Some experts also point to the fallibility of eyewitness testimony and jailhouse informants, who often are looking for some type of leniency in exchange for cooperation [sources: O'Neill, Goode].

Although many crime procedural shows (and apparently McCullough's defense) would have us believe that DNA and forensic evidence are the most common catalysts for cold case convictions, at least one scientific study shows otherwise. Published in the Journal of Forensic Sciences in 2014, the study found that, of the cold cases researchers examined, a mere 3 percent of cases were solved using DNA or other forensic evidence, as compared with 63 percent of cases involving testimony of new witnesses [sources: Vergano, Davis et al..]. In this case, Tessier/McCullough's mother provided new witness information that changed the scope of the original investigation, and the prosecution gathered enough other evidence to adequately prove his guilt, at least in the opinion of the presiding judge.

Plus, it's not exactly new territory for an accused/convicted criminal to claim they're being wrongfully targeted. Just ask anyone who believed serial killer Ted Bundy when he maintained his innocence, only for him to eventually confess to at least 30 murders [sources: Pinsky, Bergeron].

When does a case go "cold"?

When it comes to solving a crime, time is of the essence. Once a year has passed, a case is considered cold. That doesn't necessarily mean it isn't still being investigated, but usually fewer people and resources are devoted, since the odds of solving it are lower unless new evidence surfaces. In 2014, there were 200,000 cold cases in the U.S. [source: Vergano].

No matter your opinion on the outcome of this old cold case, it must be encouraging to families dealing with similar crimes that there is always hope for a new lead, evidence or even conviction. Helplessness is not a pleasant feeling.