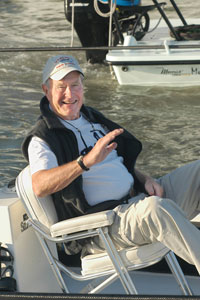 Propagandists use a variety of techniques to communicate messages and influence others.

A commonly used technique is name-calling, which takes its cue from playground behavior. Often, this technique is utilized to divert attention when someone is trying to avoid answering a question or providing hard facts. Name-callers frequently use labels like terrorist, traitor or hypocrite. They also utilize negatively charged words to describe ideas or beliefs, including radical, stingy and cowardly [source: Propaganda Critic].

The bandwagon technique encourages the viewer or listener to join the crowd by aligning with the most popular, successful side of an issue. This type of persuasion, often used in religious and political propaganda, plays to the human desire to be on the winning team.

Glittering generalities are very common in political propaganda. Glittering generalities combine words that have positive connotations with a concept that is particularly beloved. Few people are willing to denounce any idea that purports to defend democracy or preserve freedom. The idea is that by using these terms in tandem, people will accept them as they are and avoid looking for supporting evidence. Other words used commonly in this technique include liberty, dream and family.

Card stacking is the presentation of only the details, statistics and other information that impacts public opinion positively. In other words, the bad stuff is left out entirely. Experts maintain that although the information that's presented is usually true, this type of propaganda technique presents a lopsided and unrealistic viewpoint that is dangerously deceptive. Card stacking is often used in political campaign advertisements.

The plain folks technique is designed to get ordinary citizens to identify with a political candidate or other figure that they otherwise may have nothing in common with. For example, many politicians come from prestigious backgrounds and sport hefty bank accounts. However, they often present themselves as humble people with ordinary lives by doing "ordinary Joe" activities in public, like hunting, fishing or kissing babies.

Propaganda based on fear is designed to scare people into choosing sides. Often, worst-case scenarios are presented of horrible things to come if a particular action isn't taken. Special interest groups use this technique to encourage people to avoid behaviors such as smoking, drinking alcohol and driving recklessly.

The transfer technique is more subliminal (operating on a subconscious rather than conscious level) than the other techniques we've discussed. Using this method, a group or person attempts to align themselves with a beloved symbol in an effort to transfer the status of the symbol to the cause they represent. Some people see parallels between propaganda and subliminal messaging, in which images or words are presented too quickly or abstractly for people to consciously recognize and process them. This method is really more common in advertising than in propaganda, although some political ads utilize subliminal messaging.

Many other propaganda methods exist, but they subsist on the same basic principles as the ones listed above: Manipulate the message to portray an issue or person in the most favorable light possible, and when necessary, make the opposing side look shabby in comparison.

Next, we'll go into detail about the various mediums through which propaganda is communicated.

Many people believe that propaganda does more harm than its proponents would admit to. Some go so far as to claim that propaganda is a bedfellow of censorship because they both serve as tools for repression, confusion and suppression of information. It has become nearly impossible to truly censor information because it's readily available on the Web. The good news? People can use the Internet to research both sides of the story and express themselves freely.