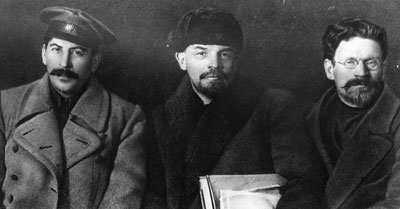 In a perfect world, everyone would have food and shelter, and a true utopian society would be devoid of sexism, racism and other forms of oppression. But for most of the world's population, this perfect society just isn't possible. Communism is one proposed solution to these problems.

Most people know what communism is at its most basic level. Simply put, communism is the idea that everyone in a given society receives equal shares of the benefits derived from labor. Communism is designed to allow the poor to rise up and attain financial and social status equal to that of the middle-class landowners. In order for everyone to achieve equality, wealth is redistributed so that the members of the upper class are brought down to the same financial and social level as the middle class. Communism also requires that all means of production be controlled by the state. In other words, no one can own his or her own business or produce his or her own goods because the state owns everything.

According to the philosopher Frederick Engels' "Principles of Communism," the plan for ultimate financial and social equality is built on the principle that the system should spread around the world until all countries are on board [source: Engels]. This central goal has caused capitalist nations to keep their guards up, fearing that communist economic practices might spread to their countries.

Who are communists, and why do non-communist cultures consider them radical? Does communism work in practice? Next, we'll take a look at the father of communism.