What is a police academy? 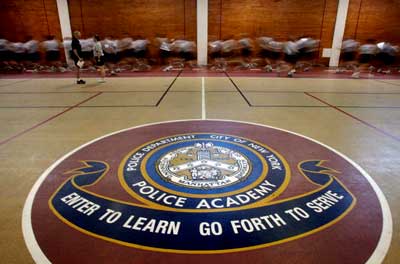 Senior police officers who have earned special state certification for training instruction teach the courses. Although they are on temporary duty assignments, these senior officers also serve as authority figures to the recruits.

People join police academies under various terms. Typically, people are hired at specific police departments and then sent to that department's police academy for training. In this case, it costs nothing for the recruits to attend the academy, and they also receive their salaried pay while training.

Police hiring qualifications can include:

You can also pay tuition to attend a police academy before being hired by a police department. These types of academies are typically affiliated with community colleges or state and county law enforcement training centers. Costs usually total less than $5,000, and some police departments will reimburse a percentage of that tuition upon employment. After receiving your certification, you can then apply to become a police officer in that state. However, you may be asked to complete an additional training course.

Police academy programs can be anywhere from 320 to 800 course hours and typically take six or eight months to complete. The length and content of the programs depends on the statewide requirements for police certification. For that reason, becoming certified in Iowa, for example, may be a shorter process than doing so in New York.

During this intensive learning period, recruits train both their bodies and their minds for police work. Next, we'll look at the physical and academic training police academies cover.

Formal police training began in Berkeley, Calif., in 1908. Police Chief August Vollmer recognized the need for officer education. He later coordinated with the University of California at Berkeley to provide academic training for the new recruits. Police departments in other large cities, including New York, Detroit and Philadelphia, soon took Vollmer's cue and created their own programs [source: Dantzker].