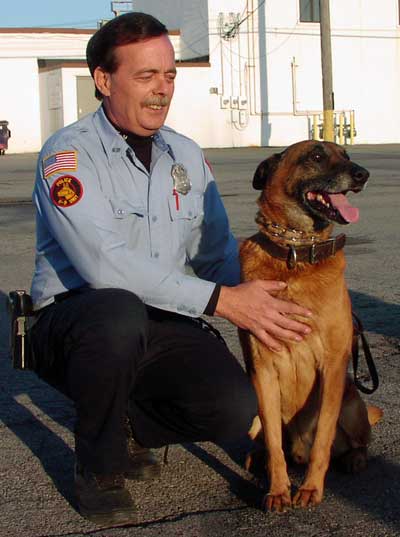 ­No one is quite sure when humans first domesticated dogs, but one thing is certain -- dogs and people have been working side by side for thousands of years. Modern training methods ha­ve led to dogs becoming an integral part of many pe­ople's lives, not just as companions, but also as guide dogs, search-and-rescue dogs, and bomb- or drug-sniffing dogs. But few dogs are asked to give as much of themselves as police dogs.

­Today, police forces in most major cities use police dogs to track criminals, sniff out illegal materials, search buildings, and do other jobs human police officers can't do as well as a dog can. Not only are there thousands of police dogs on the job on any given day, but there are also hundreds of police dogs who have given their lives to protect and serve.

In this article, we'll find out how a dog becomes a police dog and what a typical day in the life of a police dog is like. We'll also check out some stories about police dogs in action.

Special thanks to Officer Daniel Smith and his canine partner, Breston, of the Cheektowaga Police Department, for their help with this article.