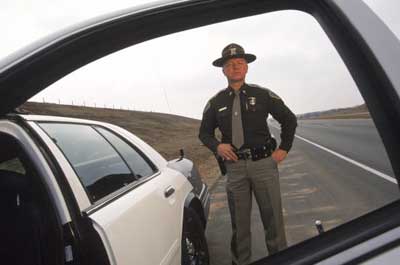 In the law enforcement family, state troopers sometimes seem like the middle child between high-profile federal agents and the omnipresent local police. Although state troopers are commonly associated with highway patrol, their duties extend far beyond the asphalt. They bridge an important gap between the police work in your neighborhood and nationwide law enforcement strategies.

State police departments were formed over a period of about 50 years, beginning in the early 20th century. Issues brought about by population growth and booming industries during that time highlighted the need for statewide law enforcement.

Instability from coal and steel strikes, particularly The Great Anthracite Strike of 1902, led to Pennsylvania's establishment of the first state police force in 1905. Prohibition and the rise of the automobile also created a new set of criminals who could escape more easily across county and state lines and out of the hands of local police. Consequently, every state except Hawaii now has its own form of state police enacted through their governments' legislative bodies.

Since these troopers are organized on the state level, they are essentially a governor's police force with the main responsibilities to protect high ranking officials, state property and rural areas that don't have local police departments. They also act as the glue that holds together statewide networks of local departments by assisting when necessary with situations such as criminal investigations, disaster relief and search and rescue missions. Their focus on state roads and highways is also instrumental in catching crooks on the run.

In addition to these responsibilities, state police conduct their own investigations to tackle important criminal issues. Illegal drugs rings, gun trafficking and organized crime are just a sampling of cases they tackle. To prepare them for handling these major tasks and providing resources for local departments, state police agencies have some of the most technically advanced equipment and specially trained units in the nation.

In this article, we'll explore how law enforcement works on the state level and all the facets of being a trooper. First, let's look at exactly who they are and how they're unique from local police.

Why are state police called troopers?

George Chandler, the first superintendent of the New York State Police, is recognized as the first person to use 'troopers' as the name for the state police in 1917. According to the New York State Police Department, Chandler called them troopers because he thought the military connotation would instill public respect. Also, state police are organized in groups called troops, which is probably where Chandler got the name.