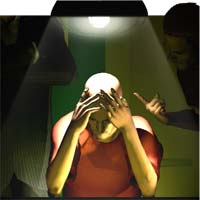 There are "Law & Order" addicts everywhere who think they could get a perp to confess. A little glaring, some getting in the guy's face, a revelation that his fingerprints are all over the murder weapon and voilà! He's recounting his crime. In real life, police interrogation requires more than confidence and creativity (although those qualities do help) -- interrogators are highly trained in the psychological tactics of social influence.

Getting someone to confess to a crime is not a simple task, and the fact that detectives sometimes end up with confessions from the innocent testifies to their expertise in psychological manipulation. No two interrogations are alike, but most exploit certain weaknesses in human nature. These weaknesses typically rely on the stress that results when people experience contrasting extremes, like dominance and submission, control and dependence, and the maximization and minimization of consequences. Even the most hardened criminal can end up confessing if the interrogator can find the right combination of circumstances and techniques based on the suspect's personality and experiences. In the United States, scholars estimate that somewhere between 42 percent and 55 percent of suspects confess to a crime during interrogation.

Police interrogations weren't always so complex. Until the early 1900s in the United States, physical abuse was an acceptable (if not legal) method of getting a confession. Confessions obtained by "third degree" techniques -- deprivation of food and water, bright lights, physical discomfort and long isolation, beating with rubber hoses and other instruments that don't leave marks -- were usually admissible in court as long as the suspect signed a waiver stating the confession was voluntary. Between the 1930s and 1960s, though, a crackdown on police tactics gradually changed the practice of interrogation.

While the Supreme Court had ruled as early as 1897 against involuntary confessions, it was in 1937 that things really started to change. In the case Brown v. Mississippi, the Supreme Court threw out a "voluntary" confession that was obtained after police officers repeatedly strung a suspect up in a tree and whipped him. The Court's decision was clear: Confessions obtained by force cannot be used as evidence at trial. By the 1950s, confessions were considered involuntary not only if police beat the suspect, but also if they held a suspect for an unnecessarily extended period of time, deprived him of sleep, food, water or bathroom facilities, promised some benefit if the suspect confessed or threatened some harm if he didn't.

When the case Miranda v. Arizona reached the Supreme Court in 1966, coercive police interrogation took another blow. Ernesto Miranda had confessed to rape and kidnapping after two hours of interrogation, and the appeal to the Supreme Court alleged that Miranda was not aware of his rights to remain silent (the Fifth Amendment) and to counsel (the Sixth Amendment). The Court ruled in favor of Miranda, and the decision instituted what we've come to know as the "Miranda Rights." To safeguard against a suspect falling into an involuntary confession because he thinks he has no choice but to speak, the police must expressly, clearly and completely advise any suspect of his rights to silence and counsel before beginning an interrogation or any other attempt to get a statement from a suspect. The Miranda decision attempts to eliminate suspect ignorance as a contributing factor to involuntary confessions.

In looking for a replacement for illegal forms of coercion, police turned to fairly basic psychological techniques like the time-honored "good cop bad cop" routine, in which one detective browbeats the suspect and the other pretends to be looking out for him. People tend to trust and talk to someone they perceive as their protector. Another basic technique is maximization, in which the police try to scare the suspect into talking by telling him all of the horrible things he'll face if he's convicted of the crime in a court of law. Fear tends to make people talk. For a while, police tried such things as polygraphs to determine if the suspect was being deceptive, but polygraphs and polygraph training are expensive, and the results are almost never admissible in court. But some polygraph analysts, including a man named John Reid, began noticing that subjects exhibited certain outward, consistent physical signs that coincided with the polygraph's determination of untruthfulness. Reid went on to develop a non-machine-based system of interrogation based on specific types of questions and answers that uncover weaknesses the interrogator can use against a suspect to obtain a confession. Reid's "Nine Steps" of psychological manipulation is one of the most popular interrogation systems in the United States today. In the next section, we'll find out about this system.